Electronic Arts is entering into a settlement with college athletes where they could get at least $1,000 and up to up to $6,700 each for their media rights if they played from 2003-2014.

Current athletes could receive payment and not lose eligibility.

As a (former) avid player of NCAA football games, I support this.

Every year, the players in the game were a clear and accurate representation of each school's current roster. Literally, the only two things that were different was that each player's name was either just a position (e.g. QB #8 instead of Marcus Mariota) or randomly generated instead of his actual name. And the hometown would be randomly selected instead of the actual hometown - same state or country, though.

The ridiculous part was that the NCAA would claim that they weren't likenesses of the student-athletes...and the exact same situation happened for their basketball and their short-lived baseball games. Anyone who knew anything about UP basketball when College Hoops 2k8 came out would have no trouble correctly identifying each player in the game - you think the player wearing #5 at point guard, 6-0 180, from Japan would be anyone but Taishi Ito? (When I get home from work today, I'll dust off College Hoops 2K8, load up the Pilots, and let you guys decide if they were using player likenesses)

I find it insulting that the NCAA claimed they weren't using player likenesses in this game. So insulting to anyone that has even turned on one of these games for an hour, and I am happy that everyone depicted in these games will get even a bit of a settlement from it. This should include everyone from the Vetters/Little baseball era, and basically everyone that played basketball under the last part of Holton and the first bit of Rev's tenure. Good for them.

www.portlandpilots.com/roster.aspx?roster=20&path=mbball - Compare the official Pilots roster from 2007-08 above, with my screenshot from College Hoops 2K8 below. 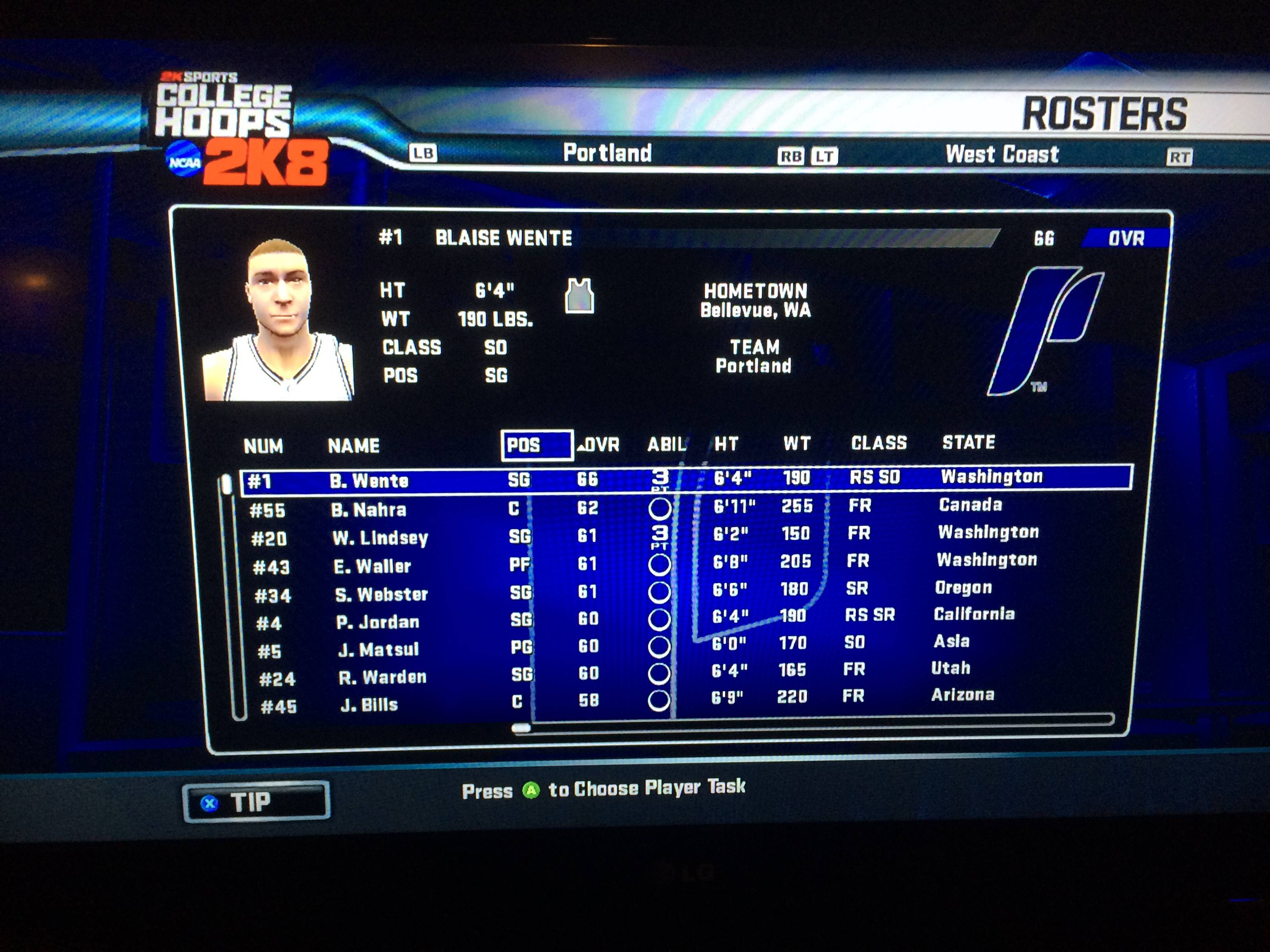 "Wente" is Raivio, "Nahra" is Hannibal, "Lindsey" is Stohl, "Waller" is Sikma.

They've pulled the data from every team and put it directly into the game, so absolutely these players should be entitled to a share of the profits. Pros get paid millions and still get a small chunk of the Madden games, why shouldn't college kids getting a $40k scholarship get the same small chunk?

U.S. Magistrate judge Nathanael Cousins ruled Monday that the NCAA has to pay $46 million in attorney's fees in the O'Bannon case after Judge Claudia Wilken handed down a verdict in favor of the players who sued last August to get paid for use of  their likenesses.

It looks like a tough  summer for the boys in Indianapolis.

The NCAA has done nothing to prepare for the end of amateurism, but that doesn't stop Judge Paula Wilkins from ruling they have to start august 1.