Challenge in Music City in Nashville

dholcombe wrote:Tim Douglas who we'll be seeing in green/black this week also scored 25+ as a freshman for the Pilots.

Of course, how could we have forgotten those games against PSU and SMC....both very exciting wins in which Tim scored 26 & 27 points!

Do a swan dive off of whatever building you're on right now, but if you're going to do that over a team that's 5-1 overall and 1-1 against teams I think we can safely consider WCC-level opposition...don't really know what to tell you.

Not really sure what to make of this Valpo team that has convincingly beaten all comers this season, with the exception of a road loss to an SEC team. I mean, they steamrolled through this Nashville event...and scary thing is, their best player is a sophomore and three of their other starters are freshman, junior, junior. Not much was known about this team before the weekend but from what I've seen, they should probably be considered very worthy challengers to a quality Green Bay team for the Horizon League title.

I do find it concerning that Valpo had a 38-23 rebounding edge...including 15 offensive rebounds to UP's 15 defensive rebounds. (Funny thing is, that aspect didn't end up hurting the Pilots on the scoreboard all that much - Valpo only had a 12-6 edge in second-chance points, but could have been a lot worse). If it was simply a matter of being outcompeted for rebounds, let's hope it'll be a lesson re-learned and fixed in time for a PSU game which will see them line up guys that are "only" 6-6 at C and PF for the most part...

NoPoNeighbor wrote:With incoming wing player Chiir Maker already signed up for one of those precious scholarships, I completely agree. We are much more thin at the 4 and 5 positions next year than at the 1-3.

I don't disagree that the greatest positional need right now appears to be at center.

But the current roster has been on campus since the middle of summer. While Chiir Maker wasn't announced until November, it probably wasn't a huge surprise to the coaching staff - he'd likely been committed for months, we just didn't know it. Jarrel Marshall was offered in late September, so obviously they think he fits in here. On the surface, it would appear that nothing has changed since then from either Jarrel's side (no offers listed since) or the Pilots' side (with the exception of Chiir's commitment, which was likely known already).

And by the way, Jarrel Marshall has been absolutely tearing it up of late. Palm Beach State now 8-2, and over his last six games he's AVERAGING just under 22 points and nine boards per game. And he's shooting 50% from three-point range over that time (7-for-14). Maybe the coaching staff thinks Jarrel is just too good to pass up, maybe they even project him out as a 3 or 4 for the Pilots (he's listed as a "combo forward" by Palm Beach).

Coach Reveno definitely thinks Jarrel Marshall will be a great fit at UP....I believe he's off to Florida to see him again next week.

DeanMurdoch wrote:Do a swan dive off of whatever building you're on right now......

Always love the opportunity to post a warm picture on a cold day: 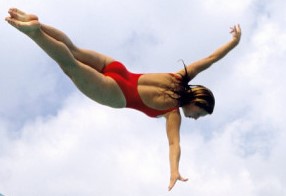