Portland and San Diego are the only schools in the conference NOT hosting some sort of event/scrimmage/party/pep rally to kick off the 2014-15 season.

Here's the WCC's rundown of events.

NBC Sports put out a mid major top 15 power ranking today. Mountain West, Big East, American, and A10 not included in these rankings. Neither were Wichita State, BYU, or Gonzaga for whatever reason.

Highlights are Pilots opposition at #5 (Murray State) and #6 (Saint Mary's).

The "whatever reason" might be that Gonzaga and BYU spend six times as much money as some other ( cough) teams in the conference.

Thomas VDM has been ranked #3 among WCC centers (behind Waldow and Karnowski).

Kevin Bailey comes in #2 for small forwards, behind Tyler Haws and ahead of Byron Wesley.

Rankings spankings. Let's just start this thing. Excited to see these guys get after it, starting next weekend in Sea .. oh, wait .. top secret. That won't be me outside Hec Ed, not me.

It would be a lot more instructive if you were INSIDE Hec Ed.

I think this is the first Pilot who has received this honor since Nemanja Mitrovic at the start of the '11-'12 season. Let's hope Thomas' performance this year backs up the honor. Unfortunately, Mitrovic had a relatively poor season in '11-'12 and did not even come close to making the actual All-Conference team (his production slipped from 13.5ppg as a junior to 7.9ppg as a senior).

Rev seems to be taking his usual attitude about NCAA rules, on Twitter:

@CoachReveno wrote:Hey @GoodmanESPN, you know if it is a violation to put the name of our secret scrimmage opponent on a file folder or do I need a code name?

@CoachReveno wrote:Where's the fun in that!  RT @Coach_Kap @CoachReveno ask your Assistant AD for Compliance - that's their realm of expertise

@CoachReveno wrote:Cool. Need a code name... RT @GoodmanESPN You can be dismissed if you put it in writing of any kind -- or even mention name of opponent.

We're counting on a top-secret, insider report from Seattle!

Is it going to be in code?

With just a couple of days to go before facing an unknown opponent at the Hec Ed, and only nine days until the exhibition game against Concordia-Irvine, the Pilots are starting to jell.

Having watched a number of practices, I am convinced these Pilots are better than last year's version.  What I find most impressive is the play of the BIGs.  Thomas has improved his game while showing wonderful leadership and mentoring of the younger guys, especially Phillip and Gabe. Voldy's overall game and understanding of the system is showing a marked improvement over last year.   Freshman Phillip is, I believe, finding it difficult to adjust to the physicality of D1 ball over what he encountered in Germany.  He's used to being the 7 footer who can just put up numbers, but against the more physical play he's encountered in practice he's finding it difficult to get near the basket....and it frustrates him at times.  By the end of year one I'm sure we'll see a greatly improved player.

Thomas, Riley, Voldy, and Gabe with some help from Phillip will give the Pilots a formidable front court that will allow the coaches to give each player a breather while continuing the up-tempo transition game.  The WCC has generally been a guard oriented conference.....I see the Pilots having success from the inside AND outside this year.

(I'll report on the guards/wings next week).

DoubleDipper wrote:Having watched a number of practices, I am convinced these Pilots are better than last year's version.

DoubleDipper wrote:Voldy's overall game and understanding of the system is showing a marked improvement over last year.

EXTREMELY encouraging. Can we get another year for this guy please?? Do we need to start a Twitter campaign? #FreeVoldy

Practicing all aspects of playing on the road....the Pilots spent the night in a confidential NW location before hitting the hardwood against the same secret opponent for the second year in a row.

Last year's game on neutral ground was VERY close....this year the Pilots are even better and the players are feeling confident.  For 26 days the guys have been playing nothing but purple vs. white....that won't change much today, but the opponent will!

No word on UP's projected finish in the secret scrimmage RPI.

UP's only exhibition game again this year against NAIA power, Concordia-Irvine, has a lot to do with Rev's Stanford relationship with C-I Coach Ken Ammann, but the series has been very entertaining and a good test for both clubs.

I'd much rather see the Pilots play C-I than hear very little about a super secret game they might play.  I've yet to learn of anyone at the administrative level who's in favor of keeping the game a secret....and I've never heard an explanation (good or bad) from the NCAA explaining why the games are secret.

How did project LoRo turn out?

I heard that D'Marques Tyson and Gabe Taylor had strong outings! No other info though.

Only 2 days before the exhibition game against Concordia-Irvine! Let's get some chatter going on the board. How about some predictions for the season? Here are some questions:

NoPoNeighbor wrote:[*]Which returning player will make the biggest jump in points-per-game? Rebounds-per-game?
[*]Which newcomer will play the most minutes? Score the most points?
[*]Which players will finish the season averaging double-figures in points?
[*]Non-conference record (12 games)?
[*]Final place in WCC standings?

Pilots a 5 seed in the NIT, beat Arizona State in the first round on the road before losing to #1 seed Florida State in the second.

DeanMurdoch wrote:Pilots a 5 seed in the NIT, beat Arizona State in the first round on the road before losing to #1 seed Florida State in the second.

Man, you've just got to admire the way those Canadians dream...... 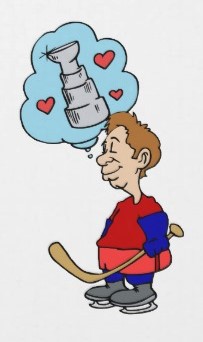 I expect to see much improved numbers from Voldy....scoring and rebounding.....but Barker, not so much.

It's really tough to tell which newcomer will have the biggest impact at this point, but certainly Taylor has picked up the system very quickly and should see quality minutes.  Tyson has a great upside athletically, but Todd is such a grinder and worker that he may emerge with more minutes once he's attuned to the speed and physicality of D1 ball.

An individual leading scorer really won't matter because it will be one or two guys each night who will lift the team.  Bailey, Pressley, and van de Mars are the odds-on top scorers, but a lot will hinge on the opponents defenses and who has the hot hand.

Compared to the Women's Team, the men's schedule is very, very bland this year....but I would still not expect more than 9 wins.  WCC play....no worse than 5th, but disappointed if not 4th.

[*]Which returning player will make the biggest jump in points-per-game? Rebounds-per-game?
Voldy; Barker
[*]Which newcomer will play the most minutes? Score the most points?
Taylor; Todd
[*]Which players will finish the season averaging double-figures in points?
VDM; Bailey; Pressley; Wintering
[*]Non-conference record (12 games)?
10-2
[*]Final place in WCC standings?
3rd 13-5

Wow, there is some serous optimism on PN about this season! We certainly have the potential. I just hope this team can put it together.

I will be in Astoria catching crabs Saturday, so I'm counting on some good reporting on the opener.