up7587 wrote:Brackets? Let's talk about something else, maybe beer?

I found a link to the Scenario Generator

Here's the rundown of possible winners:

Mattywizz is the clear favorite with an 8 point lead.

in all scenarios I still beat you

Woodless! wrote:in all scenarios I still beat you

You want a gold star?

I'm pissed that after all the crap I gave UP7587, he ends up beating me.

Rooting for Kentucky and Florida in anything just plain stinks...

PilotNut wrote:Rooting for Kentucky and Florida in anything just plain stinks...

I would probably agree with you, usually, but it has been just too much fun watching UK play to root against them.....

UK's games against Wichita St., Louisville and Michigan were not only the toughest matches faced by any of the Final-Four teams, they've been the most entertaining to watch.  And the crazy part is, there's talk that at least three of the freshmen will return to UK next year.

Nice work Mattywizz! Your Badgetastic bracket wins. Now lets see if your Badgers can get you an even more dominating win. Enjoy that bucket of beer

So the Final is a #7 vs. a #8 seed. That's got to be the lowest combined seeding total for the Final in some time. In the previous 35 years, only 9 tournaments had a team in the Final Four seeded 7 or lower. Only once in that time has a team seeded #7 or higher won the championship. Villanova in 1985 was seeded #8. That was the great Rollie Massimino upset game (with Harold Pressley, aka Bryce Pressley pere).

p.s. according to Wiki, Massimino is still coaching, at 80 years old.

This thread really fizzles out when nobody has a team in the title game. Now that I think about it, I made plans for tonight and probably won't even watch the game.

Now that it's UConn, you can say this:

I literally would have gotten more points if I'd employed my sister's strategy of determining which team advances by whichever mascot would win in a fight.

Do I at least get something crappy for finishing dead last? A soiled boot, non-alcoholic beer, anything?

DeanMurdoch wrote:I literally would have gotten more points if I'd employed my sister's strategy of determining which team advances by whichever mascot would win in a fight. 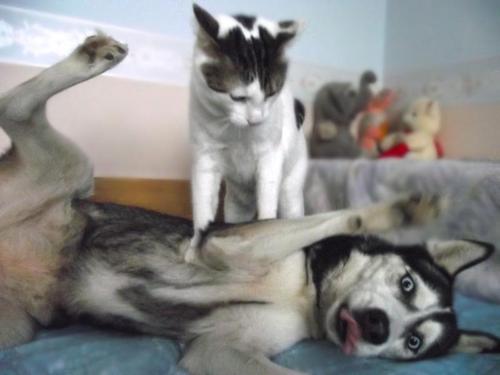 Now the question is......how many UK players will return?  Maybe more importantly, will Coach Cal return, or will the $$$$$$$ and challenge take him to the NBA?

I, for one, support Shabazz Napier for speaking out and creating "one awkward moment"......it was a lot better than the usual "shining moment" crap we are usually forced to endure unless we can quickly turn off the TV.