UP has not beaten GU in the Chiles Center since the last century, the 1995-96 season, the year UP won the WCC Tournament and went to the NCAA Tournament….and the prospects don’t look great for a UP win this year either.

But one thing about Pilots fans, they generally don’t give up hope…..and that’s the way it will be this year, a bunch of hopeful UP fans will be surrounded by a bunch of noisy people wearing blue and red at the Chiles Center.  Every year we hear, “better luck next year” (and a lot of other stuff too)…..well, maybe this is finally “next year.”

Interestingly, #18 GU is only favored by 7.5 by Las Vegas….UP is the only WCC home team not favored Thursday night.

In other WCC games Thursday night:

The game is at 8 PM PST and will be aired live on ESPNU.  Instead of the usual Bill Johnson broadcast on 910, this game will be broadcast on 1080.

There will be a pregame Fan Fest open to all fans attending Thursday's game on the North Mezzanine Concourse of the Chiles Center (upstairs). $3 hot dogs and ALCOHOLIC beverages will be available, as well as snacks and soft drinks.

Pregame Pasta Dinner returns to the Chiles Center! Open to all fans and opening at 6:30 p.m., $8 gets all-you-can-eat pasta, salad and a dessert item on the South Mezzanine Concourse (upstairs).

Also, stop on by westcoastconvo.com to read my first in what is going to be a weekly column. I've said it before but I really do appreciate everyone who stops by from time to time. I know that it has been quiet and somewhat boring, but I'm hoping to change that and make it more interactive.
This week I wrote a haiku about our first 4 games, give a quick assessment of the Gonzaga game, and update everyone on the badass that is Jason Todd.

DTLegend wrote:Also, stop on by westcoastconvo.com to read my first in what is going to be a weekly column.

"I literally have 38 followers so I will for sure retweet/respond to your tweet." - ha!

• 8 wins will give a team a decent chance to avoid Day 1 of the conference tournament (that's .500 basketball the rest of the way)
• Considering opposition, 3-2 over the remaining five home games is a good goal
• There's four trips to California upcoming. If they can split each of those roadies, there's a 4-5 road record and 8-10 overall
• If the Pilots are feeling real ambitious and want to end up with nine wins, that will essentially seal a top-six finish and could very well get them into the 4/5 game

So yeah, there's your glimmer of hope for today - despite the start, it's not even close to an insurmountable task to get back into the thick of things. Tonight would be as good a time as any to get this thing rolling!

If I were a member of the twittersphere I would "follow" you.....as it is, you will just have to settle for me following your articles.

I'm shocked to find out that Zag fan hasn't sold out the Chiles Center yet. When was the last time you could walk up to the ticket booth on game day and still get in?

It appears the Bulldogs will be less than 100% health-wise tonight.

From the their board, Karnowski had the flu earlier this week. From the Pacific game write-up, Pangos has been battling turf toe, Dower is coming off a back injury (but played significant minutes in their win over Pacific), and Gary Bell Jr. is out with a broken hand. (This sounds like some Pilot teams of recent years...)

Interestingly, the Zags almost seem to be playing better ball with the triaged lineup... the sizeable wins in WCC play to date indicate that they are managing just fine...
_________________
Run 'Em Aground Pilots!

As an aside, kenpom.com now has a "most frequent lineups" section.

If you don't subscribe to Pomeroy, you'd have no idea that the combo of Wintering, Pressley, Bailey, Nicholas, and van der Mars is the most frequent lineup used by Coach Rev over the last five games.

Sold out is a highly variable thing.

DeanMurdoch wrote:
If you don't subscribe to Pomeroy, you'd have no idea that the combo of Wintering, Pressley, Bailey, Nicholas, and van der Mars is the most frequent lineup used by Coach Rev over the last five games.

Or you could just watch the games

Does he have information about the most (and least) successful lineups.

Beseda has a feature article up today about Voldy: http://www.csnnw.com/ncaa/gerun-embracing-opportunity-after-circuitous-route-portland

The coaches want to get him more minutes, but they can't justify it with Rhino ahead of him. An idea: make Voldy the primary back-up center when VDM needs a breather. Voldy is more productive than Barker.

Worth nothing that school still isn't in session. Usually students snap up a huge number of tickets for this game. Total bummer for the students, but actually not a bad thing for the athletic department's bottom line. Lots more tickets to sell.

It will still be very close to being sold out.

"So Mark, how about that tough loss last night at Portland?" - Rome to Few tomorrow night?

Yeah, I want to know about rev's substitution patterns

They truly did not see that coming . . .

Never thought I'd live to see the day. Amazing!

Very nice win by the Pilots tonight. Congratulations to Coach Reveno, his staff and team (and to the Portland faithful). 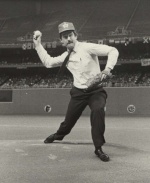 The Pilots were the better team tonight. Full value for a great WCC win to somewhat salvage this five-game homestand.

Now time to get ready for the road with a whole crapload of well-deserved confidence.

The pilots were the better team both individually and as a group.

Bryce May have gotten his second POW.

.
And shut down Pangos.

That is NOT the two games I'd figure to win on the five game home stand to open conference play. Crazy!

I rest my case. When coach allows the guards to dictate the tempo this offense is fun to watch and they get the job done. They create so many mismatches in the open court and the shoot the ball so much better in rhythm. Our bigs play well in transition because they run the floor. I love this team when we play like this. The fans had such a great time tonight. The building was electric. I DVR'd the game to watch tomorrow but I'm still so pumped up that I'm gonna watch it right now.