True, but she is probably going to get more of an opportunity to play up there. As Kelsey D once told my daughter, you don't get better sitting on the bench.

In other news, Amber Brooks has last Bayern Munich to play "in the nwsl" according to he German coach.
http://translate.google.com/translate?hl=en&sl=auto&tl=en&u=http%3A%2F%2Fwww.womensoccer.de%2F2013%2F12%2F11%2Famber-brooks-verlaesst-bayern-muenchen%2F
German coach doesn't understand the pressure from ussoccer to play in the USA.


She, Tymrack and Hagen are in Cali for a Nat camp.

In her tweets she thanks coaches and players there, and responses to her congratulate her for joining the Thorns.

I haven't seen a signing announcement yet.

"We are very pleased to be able to bring Nikki back to the club," said general manager Gavin Wilkinson. "Parting ways after last season was a difficult decision based on salary cap considerations, and we are excited that she will be rejoining the Thorns for 2014."

Marshall, 25, helped guide Thorns FC to the inaugural NWSL championship while appearing in every match during the regular season and both playoff games. She was one of just three players to start all 22 regular-season matches for Portland during the 2013 season. A Colorado native, Marshall provided the game-tying assist in a 3-2, come-from-behind win after extra time in the semifinal round of the NWSL Playoffs against FC Kansas City on Aug. 24.

"I’m excited about the opportunity to be back in Portland, it was such a great experience for me," said Marshall. "I’m even more excited play under Paul Riley. Paul and I have had conversations about me playing for him in the past and I’ve always wanted to play for him. I feel like he believes in me as a player, based upon our past conversations and experiences, so I’m thrilled for that opportunity. With Paul and the talent we have on this team, I think we can achieve big things this season."

Marshall was waived by Portland on Sept. 6 and selected by the Washington Spirit in the NWSL Waiver Draft on Sept. 9. The former U.S. youth international was then traded from Washington to Seattle on Oct. 25.

That's the last pick in the first round, folks, with Houston entering the league with the Dynamotions.

Not mentioned is that the Thorns have already traded away picks in future years.

And still no official signing announcement on Brooks or Moros.

They will be well coached!

Saw this on BS

I'm hearing rumors of a scrimmage against UPNorth and teammates, location unknown, on March 29.

Pretty sure it's in Portland

I'm hearing rumors of a scrimmage against UPNorth and teammates, location unknown, on March 29.

Pretty sure it's in Portland

Now hearing that the rumored scrimmage is between UPNorth and UPSouth. If correct, national team players might not be there due to conflicts.

I hope the South American coach he coaches like is Bielsa or Pasarella, and not Dunga or Maradona.

Only one home date in April, and that not until the third game of the season.

Does this mean that those of us with Providence Health Insurance will be getting a discount on our tickets? Or free beer?

Free beer for sure. Since I have been told my cholesterol is too low, I figure prescribed greasy hamburgers with blue cheese are also in order.

I'm glad to see my health insurance premiums of over $600 a month are going to a good cause - naming rights.

Looking forward to that free beer.

I wasn’t surprised that Jeld-Wen, with headquarters in Klamath Falls, would not retain the naming rights to the stadium next to the Multnomah Athletic Club.....the company has been cutting cost in recent years.

But now, after just 3 years, it is to be called Providence Park….named after the health care provider.  And that comes on the heels of the Trail Blazers’ home arena being named for another health provider, Moda Health.

I’ve heard it asked, what’s next?  Could Memorial Coliseum soon be named the Kaiser Cube? 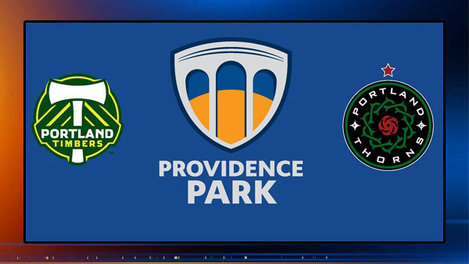 I was sort of hoping for Intel Stadium and Merlo Field at the Clive Charles Soccer Center.

We'd get the canopy and dropdown replay screens.

New fur on the seats, maybe.

How dare those few capitalists in management and government try to keep down the fees and assesments by selling corporations the right to place their name on the marquee.

Any good socialists out there nostalgic for the good old days? When inspired names like Civic Stadium, or Mulnomah Stadium were used . . .oh wait . . .

There does remain a line of going to far--but I have not seen it. How much does Providence pay for the privelege of competing with Moda health here in Portland? Are there any other health insurance companies willing to follow suit and sponsor fields--Merlo Field, Blue Cross stadium?

I was hoping for Voodoo Donuts Stadium

I suppose Hemp City Stadium was out of the question. 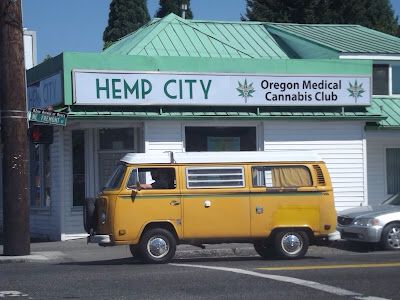 This civic minded socialist requests, for clarity sake, that we just refer to it as Civic Stadium.

I realize that most PN readers and posters are more focused than ever on the activities of the Reign, but occasionally maybe a post or two is fitting about the Thorns.
With that in mind, training camp for the Thorns starts March 10th with Alex Morgan and Jackie Acevado scheduled to be there, but five (as previously noted) starters will be with the WNT and will return at a later date.
One other story of note is the hiring of two assistants with Pilot ties as reported on the Thorns' page: