The whole headline is

I have no idea what that headline means, but it looks like Law school is on hold and that's our boy Kramer.

I have no idea what that headline  means, but it looks like Law school is on hold and that's our boy Kramer.

In early June Kramer signed a contract with the London Lions to play for his fourth professional team since he graduated from UP.....but he's been delayed about six weeks getting to play with the Lions due to "work permit delays."

The Lions home court is the Copper Box....the actual name of the relatively small arena in the Stratford portion of London.  The "Box," as most refer to it, was purpose-built for the 2012 Olympics.

In Kramer's debut in the "Box" last night, his team avenged an earlier loss while Kramer scored 16 points with 13 boards in 32 minutes.

(Before he left for London Mrs. DD gave Kramer a thorough briefing on all things he was to see in London and throughout the UK....I think she forgot he was actually there to WORK!!)

Kramer has taken off and is flying high in London: 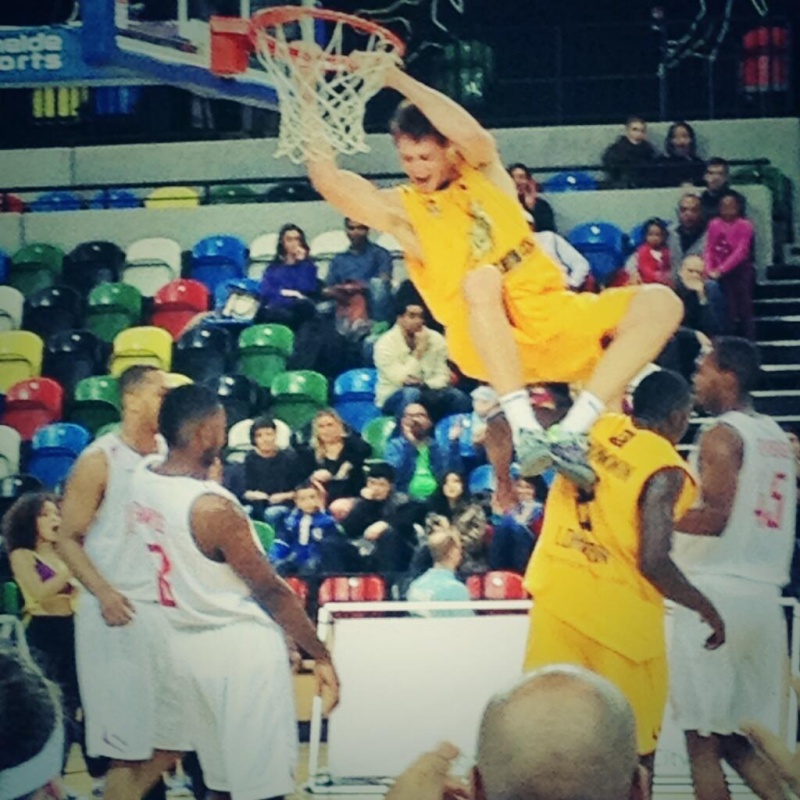 Kramer is no longer in London, but is now south of London and is the poster boy for Surrey United......apparently with at least one admirer. 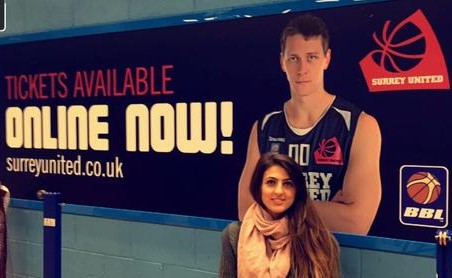 We can only hope Kramer is back on campus this summer working with Colin, Gabe, Philipp, and TBA...... 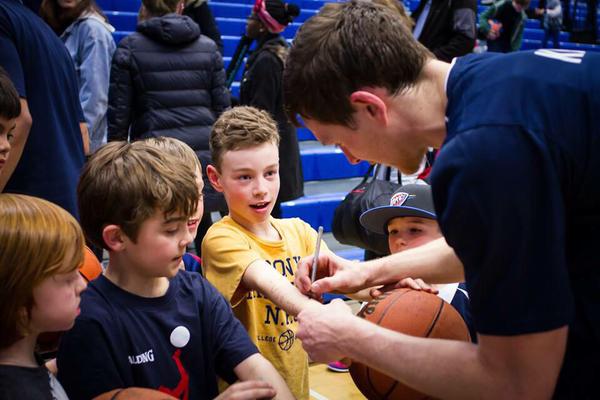