This is the first in what will be a series of photos and short stories about our players. They will primarily be released on social media, so if you enjoy them please take a moment to like/comment/share/RT/etc... any little bit helps justify staff spending time on stuff like this! 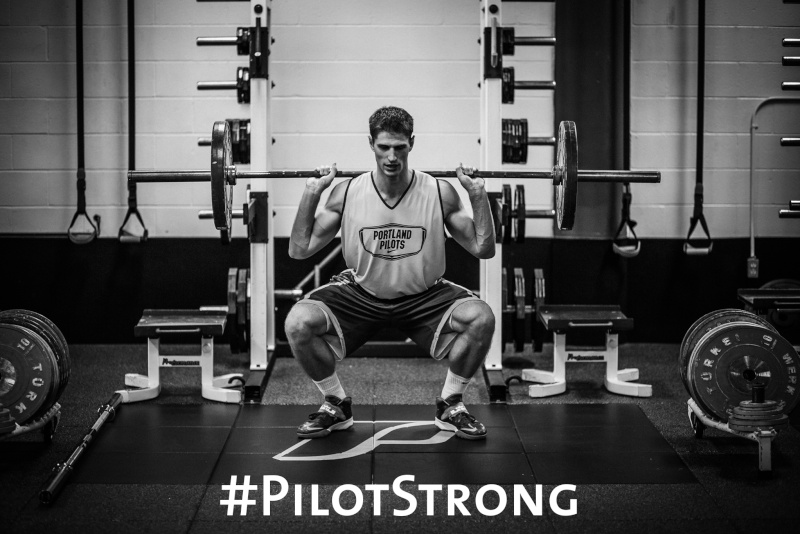 DEDICATED
He’s a team leader in scoring, rebounding, blocked shots, and field goal percentage. In two years with the Pilots, he has 58 career starts and hasn’t missed a single game.

If the practice floor is his second home, the weight room is his third. He never stops working on improving his skills.

When he’s not pulling down rebounds and lifting weights, he’s acing tests.

No really, he aces his tests. He has a 3.94 GPA, studying Operations and Technology Management in the School of Business. And English isn’t even his native language, though he does speak it – and two other languages – fluently. This Spring, he was selected to the WCC All-Academic Team.

On the court, in the weight room, in the classroom… Thomas van der Mars is dedicated.

Nice, BUT, in subsequent #PILOTSTRONG segments, how's anyone going to be able to compare with a good looking, three language speaking, 3.94 GPA, All-Academic team, 6'11'  muscular guy who's never missed a game?????

Figured I would catch everyone up on the #PilotStrong series in case people have missed them. A new photo is released every week on the Portland Pilots Facebook and Instagram. 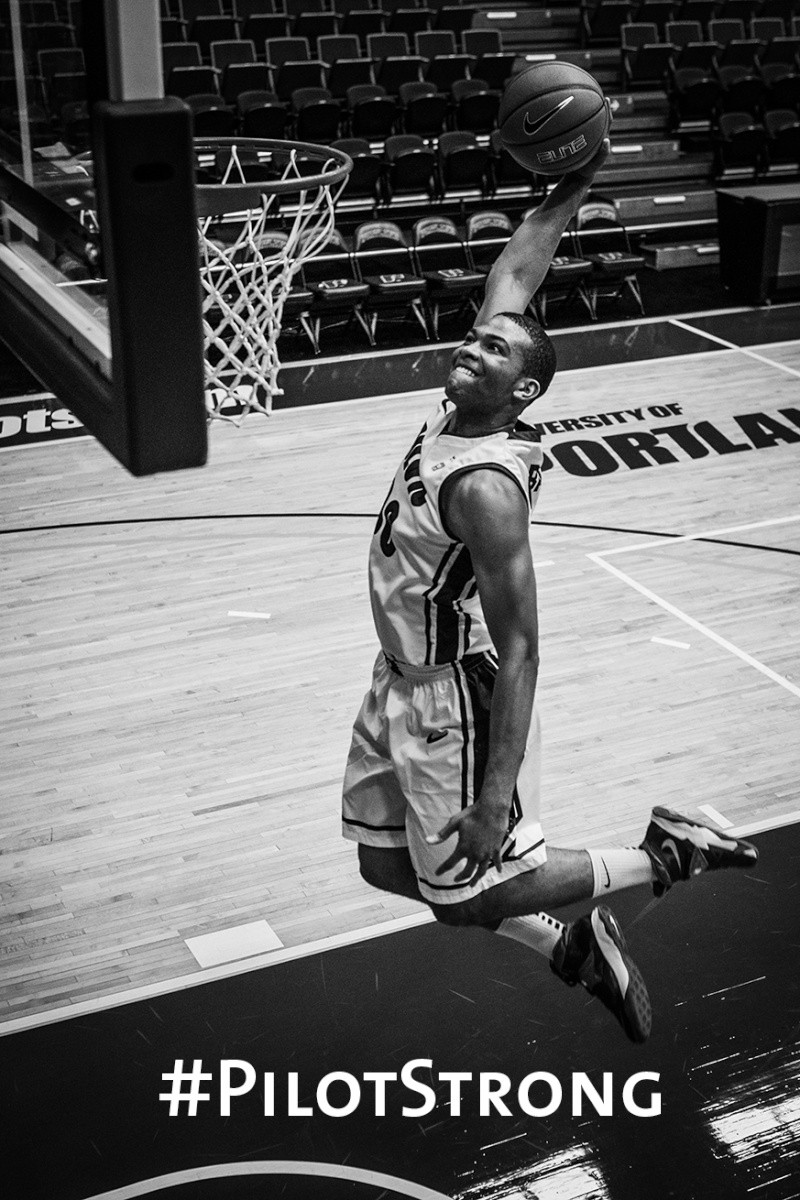 Confident
When he’s on the floor, you notice him right away.

Not because he’s a leader in scoring and minutes played, though he is that. It’s the way he plays. He soars. He glides. He flies.

He may make the game look easy, but only because he puts in the work – day in and day out – to keep improving, to get better every day.

Lots of schools wanted him, but he chose Portland because he knew something special could happen here and he wanted to be a part of it. He believes in his ability to help make the Pilots a championship team. 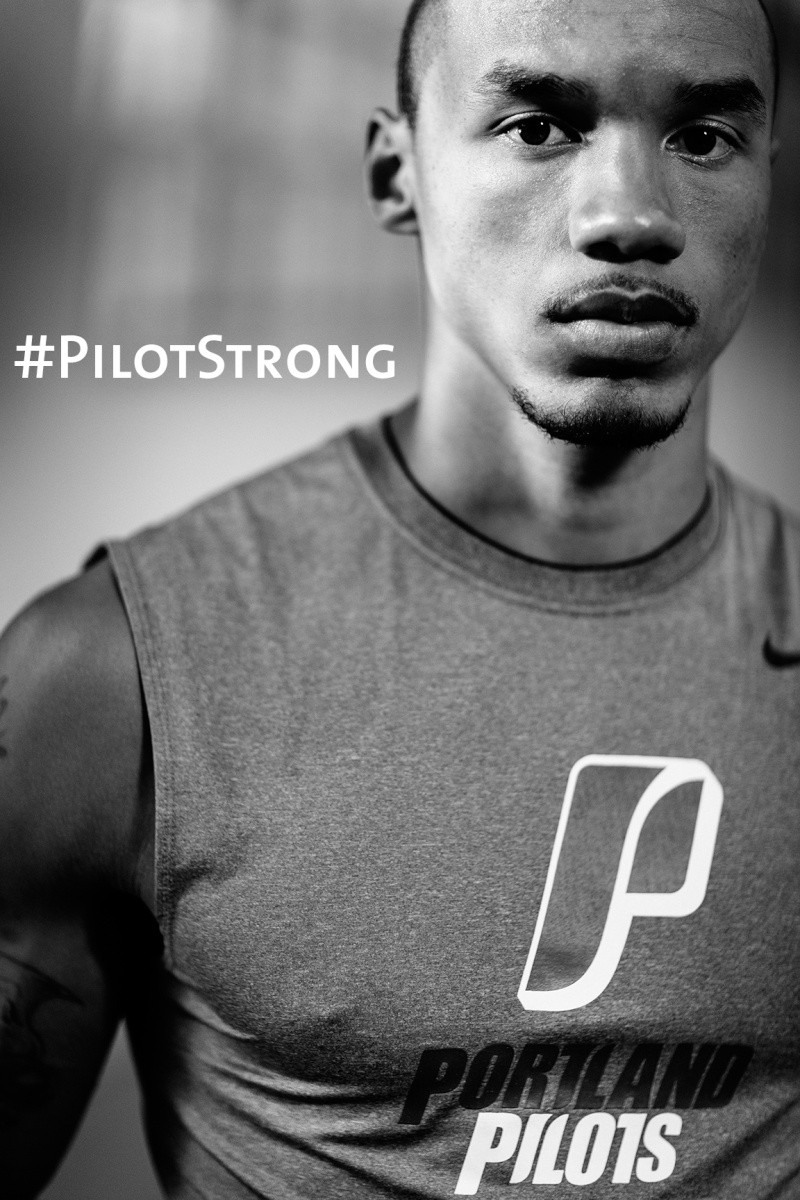 Passionate
Life hasn’t always been easy for him. But where others might use that as an excuse, he uses that as fuel.

A senior, he plays a crucial role on the court and in the locker room as a leader. He has long been a fan favorite for his hustle and his incredible athleticism. Every night, you know he’ll give 100% effort and work as hard as he can to help the team succeed.

But it doesn’t stop there. In practice, in class, in life – he is always a competitor. And no one on the team is more beloved or respected by their fellow students. 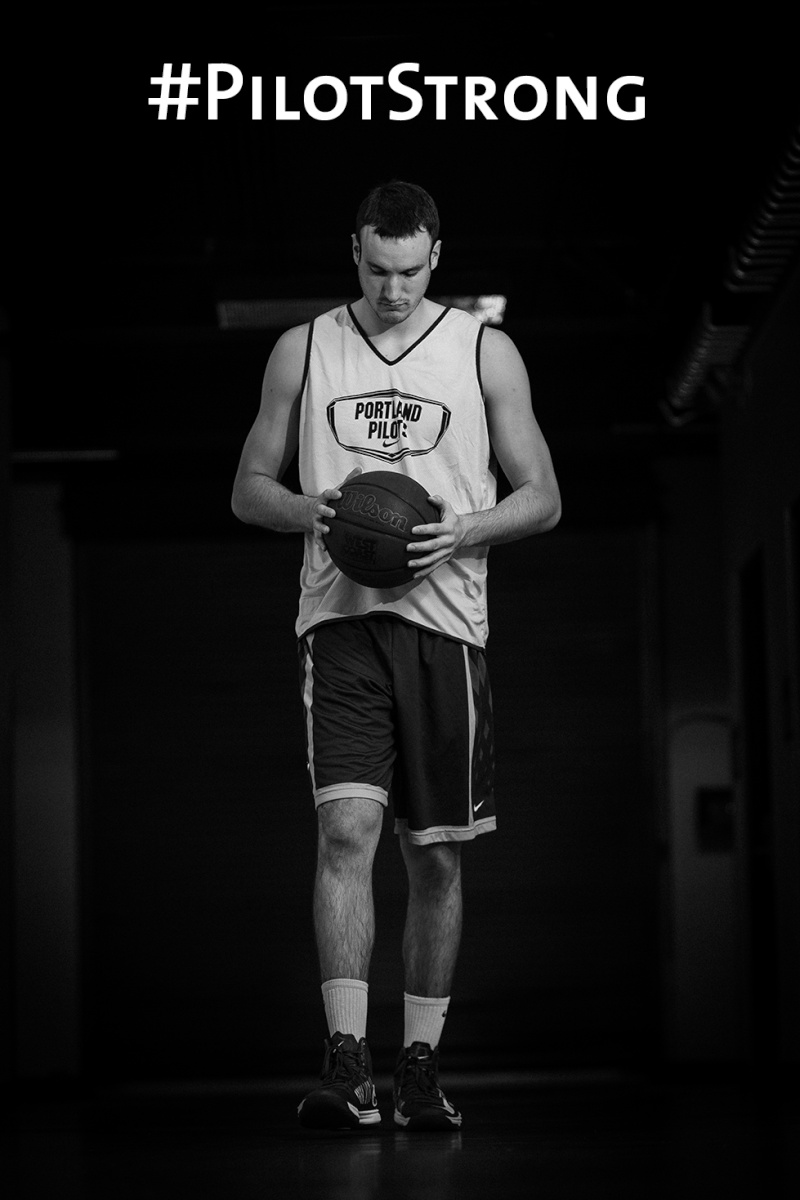 Selfless
Everyone thinks they can be a great teammate, but not many can actually do it. He can.

Without him, the team would be less than the sum of its parts. With him, it’s more. That’s a great teammate.

Being a great is about being there when your teammates need you. It’s lifting them up when times get tough, and keeping them focused when times are good. It’s telling them what they need to hear, not what they want to hear. It’s making them laugh. It’s being positive. It’s reminding them every day that the team is better when everyone works together and accepts their roles.

He is all that, and more. 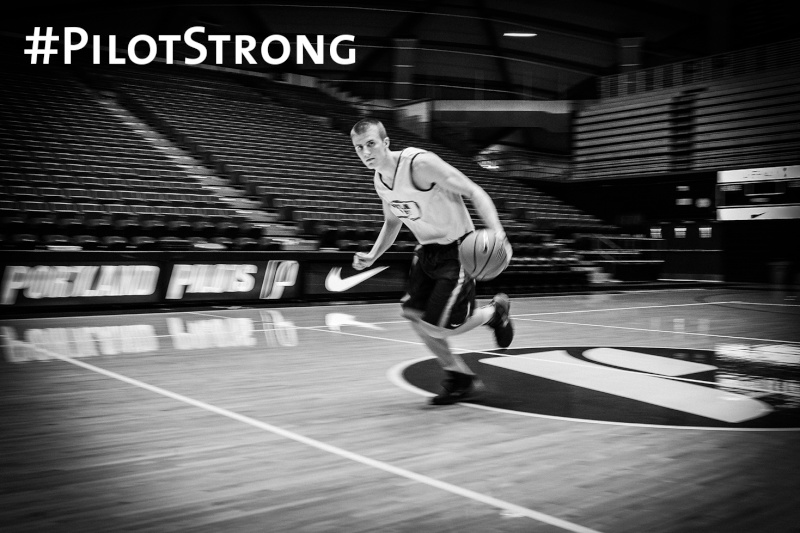 Resilient
The difference between being strong and being weak? Not giving up after a setback. Adversity doesn’t define us; it’s how we respond to adversity that does.

He knows what it is to be challenged. Like when he tore his ACL just a few weeks after becoming the starting point guard as a sophomore. Like when he worked tirelessly all summer to be ready for the start of this season – which he accomplished – only to then suffer a concussion and miss the first few games.

But he never stopped grinding, never stopped working to get healthy and get back on the court. And what did he do when he finally was ready earlier season, when he heard his name on the loud speaker as he entered a game for the first time in nearly a year?

He promptly drove the lane, blew past his defender, and sank his first shot.

These are great, I especially enjoy the words about each guy.  Dedicated, Confident, Passionate, Selfless, Resilient - those are awesome.  Keep up the good work, I'll look forward to more.

Excellent article from Jim Beseda today about Thomas on the UP Athletics website:
http://www.portlandpilots.com/news/2013/12/6/MBB_1206133312.aspx 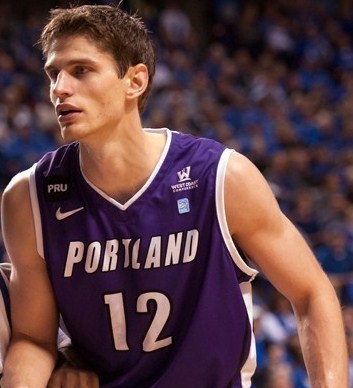