Terry Cahill wrote:1) We keep saying that Livingston is going to be on scholarship next year. We have an actual source for that, or was that something that was suggested once on here and then just assumed as fact? The guy's played two minutes in WCC so far.

Agree with your last part, but regarding the first part, yes, Coach Reveno, while speaking to a group of Pilot Club members, said that "part of the deal of Max coming to UP this year is a scholarship for him next year."

Regarding Jarrel Marshall: he's just too versatile a player and too athletic to pass up if he's available.  No, he's not a center, but he'll be a helluva 4 and his addition will really create an up-tempo game that can even be better when the speedy, but inexperienced, Philipp is in at center.

I've only seen Conor Clifford play one time....he's not as speedy as Philipp, but he sure takes up a lot of space and he's got what Philipp lacks (so far) strength and bulk.

Regarding David coming back....I just don't see enough playing time to go around with the number of guards UP will have unless some other moves are made.

I believe Carr will graduate this Spring.  Did Rev state that he would play at UP?  I believe if he graduates, he could transfer without having to sit out a year if seeking graduate studies...  He could look to play somewhere that doesn't have as many guards in front of him on the depth chart.

I dont know anything about this topic other than pure speculation.  But hey, that's what we're here for, right?

Thanks for the Livingston clarification...I was skeptical as I hadn't heard anyone mention for sure that he'd be on scholarship next year, but I guess we better chalk that one up then.

I would agree there doesn't seem to be a whole lot of room for Carr with Alec & Jazz on the roster, Aitor rounding into form as a serviceable #2/#3 when needed, and Bryce available as a PG when necessary...but PGs going down were huge parts of the slides at the end of 2010-11 (Douglas) and 2013-14 (Wintering). Maybe there can never be enough ball handlers on the roster? I don't know...I wouldn't be surprised to see Carr back at UP, and I wouldn't be surprised if he finds an opportunity elsewhere. I see even good old PSU is in the market for a PG as of last week (made an offer to a JUCO PG) and I'm sure they're not the only ones.

I enjoy the forum and would like to add my perspective on the "need" for a big man.  It's a misguided perspective that is bolstered by the widely held opinion that Coach Reveno is a "big man coach."  I'm not doubting that he's a good coach of big men, but pulling in obscure big men and developing them is not the formula for success at Portland.  This year we have four big men (of course one is out hurt) and it's not working.  Thomas VDM is as talented a big man as the program has had and he's not leading them to the NIT tournament or top four in the conference.  I struggle to name any Pilot big man in the past 30 years who was a game changer--rebounding, blocking shots and scoring with regularity in the low post.
So what's a better strategy?  The team should go a little smaller and more athletic, focusing on 6-7 and 6-8 players who are more versatile--players like Taylor and hopefully Russell and Maker.  Will they be overpowered in the low post by players like Karnowski?  Yes, but he won't be able to guard them either.  So it's a trade off.  The future of the Pilots should be placed in the hands of players like Alec Wintering and Jazz Johnson and we should quicken the pace.
Regarding this kid Clifford, he couldn't make it at UC Irvine and now he's averaging 15 points and 6 rebounds in Junior College.  He's not an impact player, just a big body.  I say Coach Reveno should take a pass on this kid.

All good points, SCP....welcome to PN; I hope we hear more from you in the future.

Regarding Rev as a "big man coach," he would much prefer to be regarded simply as a "basketball coach."

Others, including last night's television commentators call him a "big man coach who can take projects and make them good players," and I've even seen his own athletic department refer to him as a big man coach (probably for specific recruiting purposes).....but I'm quite sure he would prefer to be simply "coach."

Yeah, I agree, the Pilots need speed and athleticism....that is why it's important for the staff to focus on Marshall as their #1 recruit, but I wouldn't go so far as to say Clifford "couldn't make it at UC Irvine" as it was simply a matter of him not seeing as much court time as he wanted with the addition of another center who would play ahead of him that caused him to transfer.

Hmm...this one popped up on my Twitter feed just now.

@JucoRecruiting wrote:The Univ. of Portland will be in tonight to see Ray Barreno (6'11/C/2015) from New Mexico JC.

Barreno averages 6.4 points and 4.8 rebounds per game for New Mexico JC. Played seven games for Tulane in 2013-14 before transferring.

And according to a tweet six days ago from this guy from the El Paso Times, UP is one of a handful of schools to have offered a scholarship to Barreno.

From the little I know of Barreno, he is a project!

I know there are a number of Pilots fans who would like to have a fill-in for Mexican national Cokie Rochin, and at 6-11/265 Barreno could make us forget Cokie, but there is nothing in his resume' that would suggest that.

I think one of the reasons Barreno transferred from Tulane (besides scoring only 2 points in 7 games) was because he wanted to be closer to his home in Ascension Chihuahua, Mexico.  It would seem UTSA and Incarnate Word would be better choices.

Well, whoever went to NMJC to see Barreno saw one heck of a finish...

I think South Plains was fooled by having two lefties make the play....

And I didn't hear the shooter call "board" on his shot.

Ha-ha I just re-read the tweet from Chavez.....for crying out loud, why does Barreno want to go to another college if it will cause more tears?

was he on a tear before?

Well some news out of Palm Beach St Brad Winton (@jucoRecruiting) reporting Jarrel Marshall has cut his list to Kennesaw State, Florida Atlantic & Portland and he will visit all 3 schools

DTLegend wrote:Well some news out of Palm Beach St Brad Winton (@jucoRecruiting) reporting Jarrel Marshall has cut his list to Kennesaw State, Florida Atlantic & Portland and he will visit all 3 schools

That is VERY good news...

I believe the push has been on to get him to just make an official visit to UP, let alone sign in April.

Kennesaw State and Florida Atlantic? Where were Rice and Temple during his recruitment? Sheesh.

Terry Cahill wrote:Kennesaw State and Florida Atlantic? Where were Rice and Temple during his recruitment? Sheesh. 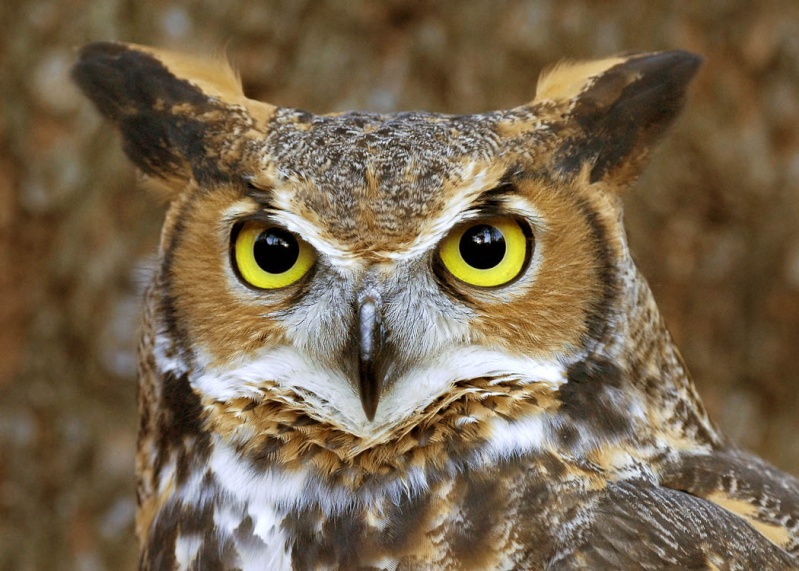 I know a little bit about Kennesaw State because at one time they were seriously considering adding Div I hockey at a time when College Hockey America desperately needed another team.

Thinking it'll probably down to UP and FAU and the Pilots have certainly been after this guy hard for months.

Terry Cahill wrote:Thinking it'll probably down to UP and FAU and the Pilots have certainly been after this guy hard for months.

Just the fact the FAU head coach was an NBA player and head coach could have quite an appeal to many recruits.

Both schools are quite a bit bigger than UP with approximately 25,000 students, but FAU plays in Conference USA, a much tougher and better league than the Atlantic Sun Conference of which Kennesaw St. is a member.

I believe Marshall and Palm Beach St. are done for the year, so presumably he can take his visits any time and it will probably simply come down to fit and feel.  UP plays in a much stronger conference, its academics appear to be the more rigorous, but FAU and KSU appear to have much more diverse student bodies.

I think it will come down to the potential teammates and the coaching staff....fingers crossed.

I don't generally comment about a recruit's health, but the Oregonian reported that Jazz Johnson was held out of Tuesday's game due to a slow heart rate.

Don't want to be over dramatic about this, but one can only hope ALL the necessary tests and precautions are being taken. The young man's life is far more important than sports.

Scary stuff - but good news in that he was back playing yesterday. Scored 25, though in a loss.

Hopefully Jazz and Jarell will hit it off during Jarell's visit in a couple of weeks.

And hopefully Jarell was tuned in to the win over SMC!

NoPoNeighbor wrote:And hopefully Jarrel was tuned in to the win over SMC!

I'm told Jarrel watched the game and was very pleased with what he saw.  (Don't know about the BYU game

I had a brief chat with David Carr at the tournament....."Pretty sure I WON'T be playing basketball at UP next year." Between having a wife and child to support and the uncertainty of his knees to stand up to the rigors of D1 basketball, he is contemplating "retirement" or transferring to a non-D1 school like Linfield to play and get an advanced degree.

If that is true, there are now 2 open scholarships.  Choice 1A is still Jarrel Marshall, but after that it is likely a mixed bag of JC bigs, graduating seniors (not necessarily bigs) with a year of eligibility left, or more unlikely, a D1 transfer.  I don't see UP going after any more high school players for 2015.

As far as I can tell, Conor Clifford has not designated any schools for his official visits, but he's probably got too many high profile suitors for him to be tempted by UP.  From what I can gather, he's being recruited by USD, UOP, USF, SMC and UP from the WCC....all teams that need big men.  But high profiles schools like Arizona, OSU, West Virginia, South Carolina, and San Diego St. are also pursuing him with mixed levels of intensity.

My guess: UP will add the LOI commits Jazz, Chiir (still some doubt here due to academic eligibility) and Colin, two JC transfers, and Max Livingston will get a scholarship after one year on the team as a walk-on.  Total: 6.

DoubleDipper wrote:I'm told Jarrel watched the game and was very pleased with what he saw.

What a marvelous coincidence! I, as well, watched that game and was very pleased with what I saw!

But seriously, I hope Jarrel ends up at UP. Seems like a very solid fit for what the Pilots need positionally - by the way, he just picked up first-team All-Southern Conference and Region 8 all-state honors.