So really, only 3 out of 11 preseason games are outside of Oregon, and only 4 outside of Portland.

Assuming UP will add two exhibition games in the Chiles Center....it looks to be a very good schedule for live view by those of us in the NW.

I'll personally miss only the Michigan State game live....and it will probably be on Big Ten TV.

On an unrelated note: how long has this website been live?

I have no idea. I saw it yesterday when an old player liked it on facebook and it came in my news feed. I messed around on it and it seemed pretty cool. I think it's a tool for recruits so they can see what UP Basketball is about, where it is currently, where it is heading in the future and things like that.

DTLegend wrote:I think it's a tool for recruits so they can see what UP Basketball is about, where it is currently, where it is heading in the future and things like that.

It is meant to be a recruiting tool, and supplements the social media that UP already widely employs....

Or six other Chiles dates. So much for the light home schedule.

Wow! This news is out there a lot earlier this year. Exciting stuff. I'm surprised that there is not a return trip to either UNLV or Idaho State. Great that there will be a little mini-tourney at the Chiles in November, featuring the Mean Green of North Texas, no less.

I'm surprised we haven't scheduled Seattle U the past two years. Speaking of the Redhawks, they need to get out of the WAC. This is going to be Idaho's last season in that conference, and after that the closest school to Seattle will be Utah Valley - over 800 miles away.

Conference breakdown of non-conference schedule (including all three opponents coming to the tourney in November, even though we'll probably play only two of them):

NoPoNeighbor wrote:Conference breakdown of non-conference schedule (including all three opponents coming to the tourney in November, even though we'll probably play only two of them):

I would guess that it'll be three games in three days...this is probably the "exempt" tournament that you're allowed to play in, so they'll probably take the opportunity to play all three opponents.

That was the case two years ago when the Pilots hosted UW Milwaukee, UC Davis, and FAU to open up the season. Everyone played everyone over the three-day event, and this one is also scheduled over three days.

I too would like to see us play a home-and-home with Seattle U, but I believe there are some politics we don't know about, and I also believe Coach Cameron Dollar may not be the easiest guy to deal with.

Thanks for the conference breakdown, NPN. That is a very broad spectrum of conferences/schools....I think it shows how Rev is known and liked amongst the coaching fraternity.

And, yep, Deaner is correct, UP will play all three schools during the Coaches vs. Cancer Classic.

On a date yet to be announced, but prior to the UC Davis game on Nov 8, UP will again play Concordia-Irvine....always a good, fun team to watch.  I believe C-I was the NAIA Champs two years ago (UP beat them 99-97 in overtime that year, as I recall).

That will be the only exhibition game this year as the Pilots will do what many other schools do, and what UP's women's basketball team and the soccer teams have done, they will play a closed (NCAA mandated) scrimmage against a PAC-12 school instead of an additional exhibition game.

We know the Pilot's preseason schedule, except for the date of the Concordia-Irvine game, but we probably won't learn the WCC schedule until August....

However, you can now make your Christmas plans as we've learned the first WCC game will be played on Saturday December 28...a week after UP's game against Bradley in Las Vegas.

Sean Farmer, Examiner.com, is again this year counting down the Top 25 players (in his estimation) in the WCC.   I always appreciate Sean writing about the WCC, but find he’s not fully informed about the contributions many of the players make to a team, but instead relies more on statistics…..But his predictions always make for good discussion and I doubt he has the time or is paid the money to “imbed” with a team to learn more about the student/athletes.

I’m guessing the only other UP player who will show up on the Top 25 list this year will be Ryan Nicholas….

Sean originally started out by listing Pepperdine SG Jordan Baker at #25, but when it was pointed out Jordan had transferred, he inserted Yannick Atanga.

Big guys are hard to come by and it is especially true of one that is skilled.

The West Coast Conference has had its share of good big men in the recent past. Omar Samhan. John Bryant. Robert Sacre.

This is not to say this next player is in their class but he has some similar skills he could have a breakout year in 2013-14.

With many players who have “potential,” you are always waiting for the moment when it clicks. This is especially true of big men.

That moment may have happened for Thomas van der Mars in the latter half of WCC play. In the second half of regular season play, he began putting up double figure points on a regular basis.

He averaged 11.7 points over his final nine games and included two double-doubles, something he had not done all season. The sophomore center averaged seven boards in that stretch, a full rebound and a half better than his season average.

It shows he is gaining confidence on offense and as van der Mars moves into his junior season, expect a jump in his numbers and impact.

I've gotta think Kevin Bailey will be on Zack Farmer's list, along with Nicholas.

I believe its Zack Farmer and as a blogger probably doesnt earn a salary, however it looks like examiner.com is more than just a basketball site so maybe there is some dollars made there.

I followed his Top 25 and rankings by position last year and found that he was not too far off after having a chance to review at the end of the season.

Thomas at 22 is a nice compliment, heck I would have liked to be in the top 25 in my CYO league! Nice work Thomas. I think that the top 10 maybe 15 will be laden with guards where last year there were a lot of PF and Posts. With that said I think Thomas is one of the best 5 men in the league and has a chance to improve on his contributions from last season. I think Kevin deserves to be on the list as well. He had a solid year considering he had the injury to deal with. Three UP players would be a nice compliment and possible sign of a good year to come next season.

oldtimer wrote:I followed his Top 25 and rankings by position last year and found that he was not too far off after having a chance to review at the end of the season.

Not too far off, aside from leaving two of the three best players in the conference off of his list entirely: Olynyk and Haws.

oldtimer wrote:I believe its Zack Farmer and as a blogger probably doesnt earn a salary, however it looks like examiner.com is more than just a basketball site so maybe there is some dollars made there.

Yes, thanks....it's Zack Farmer; Sean Farmer is a gentleman who conducts clinics and training for prep players (mostly girls, I believe) who are working on using their basketball skills to get into college.

Nicholas as 12 seems reasonable, but if Farmer truly understands Rhino's work, contributions, and leadership, he may end up in the top 10.

Last year he was called "underrated," and listed at #16.  https://www.pilotnation.net/t4648-ranking-wcc-players-by-position

Always looking for a sensible schedule, one that doesn't require a lot of travel or expense, this year's games against San Jose St. and UC Davis are home-and-home games that will allow the Pilots to play both schools in California next year during ONE trip.

Oregon State will play UP in Porltand NEXT fall....don't know the venue.

One correction to the above list: North Texas just moved from Sun Belt to Conference USA.

1. The beer cart girl at the Pumpkin Ridge on Friday is in graduate school at NTS, but "spending the summer in Portland."
2. NTS is where singer Norah Jones went to school (althouh Geez might be more familiar with graduate and singer Pat Boone). 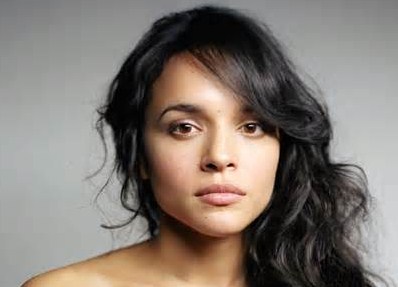 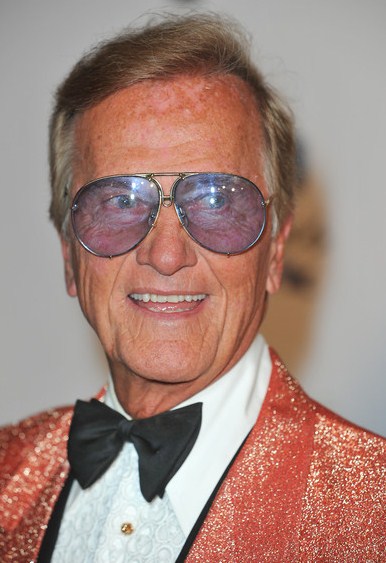 Man it's fun getting you old timers riled up on here.

PS no picture of the beer cart girl? That wouldn't be creepy at all!

DeanMurdoch wrote:PS no picture of the beer cart girl? That wouldn't be creepy at all!

DoubleDipper wrote:
2. NTS is where singer Norah Jones went to school (althouh Geez might be more familiar with graduate and singer Pat Boone).

My only experience with the Boone family was going to school with Dan VI, who along with Pat, was a a direct descendant of Daniel.

I lived for many years about 10 miles from Boonesboro MD, which had Bast furniture store( catered to the trailer crowd when I lived there)  and not much else. They existed for 174 years.

I see they closed a couple years ago.

I was thinking 1988 really wasn't that long ago, but then I realized it WAS long ago that the Catholics beat the Convicts 31-30, snapping Miami's 36 game regular season winning streak, and propelling Notre Dame to the national title.

Miami finished at #2, but I have to give Jimmie Johnson all the credit in the world for going for a two point conversion in an attempt to win the game with something like 10 seconds left on the clock instead of kicking a PAT to tie.

I'm still ticked Ara Parseghian for running the clock out and settling for a 10-10 tie vs. Michigan St. in 1966....using what was termed his "Tie one for the Gipper" strategy.  That game was shown on tape delay at UP as there was no national TV broadcast....but as there was nothing but radio to get the score from in those days, it didn't matter; it was live to us!

PurpleGeezer wrote:I'd like it if the Duckies or Beavers would gather up the cojones to play us.

Somehow I don't think the reason is that they are afraid of a bottom dwelling WCC team - which, let's face it, is what we are right now.