Megan played for Lyon today, scored a goal on a free kick in a 5-0 exhibition over Shanghai.

The thing is, Sonia Bompastor is hurt, so Megan played left back.

It seems to be the destiny of every Pilot. 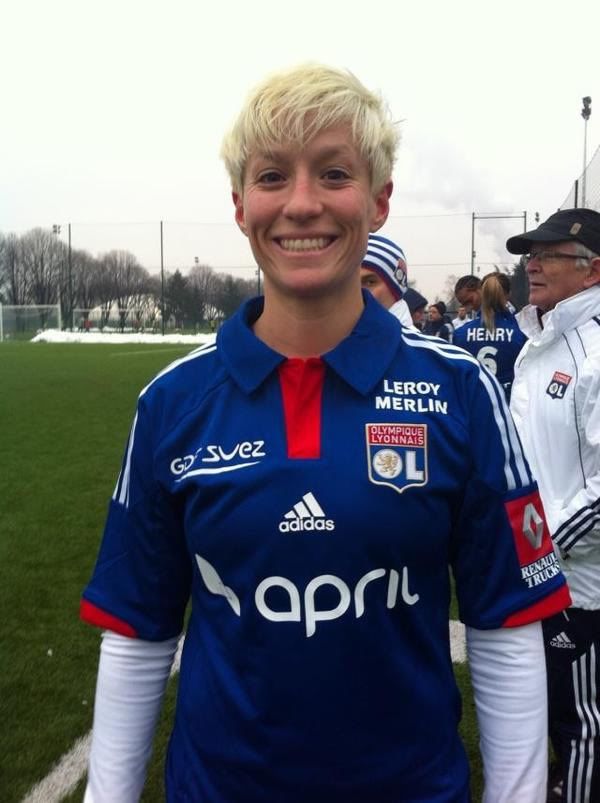 Yes, let's hope. Keep us updated on her play time.

Here is a link to the Lyon team homepage. There are several photos of Megan. If you want more info beyond photos and the team roster and schedule you are going to need to read French.
http://www.olweb.fr/fr/feminines/sommaire-10-164.html

Thanks. I will use the site. I have 0 French language skills....

Here's a basic translation of the 5-0 win recap:
Following the postponement of the match D1 Vendenheim due to bad weather, OL women faced FC Shanghai this Saturday afternoon at the Games Plaine de Gerland. It was a chance for the players under Patrice Lair to keep their rhythm and integrate new recruits Megan Rapinoe and Shinobu Ohno.

Assigned to the left back role in the absence of Sonia Bompastor, American "Pinoe" played the entire match, and scored her first goal wearing her new colors on a free kick. La "Shino" came on at the end of the first period.

Thanks for the translation...Google or native?

French has gone to hell in a hand basket.

40 years ago you would never have seen the headline

Did they fire the entire Fench Académie?

Thank goodness she isn't a defender...