The team is at the Palms Hotel in Las Vegas (not the one on Interstate in Portland) for the next four nights and ready to get after it on Saturday at 7:30 against Colorado State in the 3rd round of the Continental Tire Classic at the Orleans Arena.

After back-to-back road losses to UW and Illinois Chicago, CSU beat our common first and second round opponents, UNF by 28, and CSUB by 20 this last week, boosting their record to 8-2.

This game will be a formidable one for the Pilots if they don’t hit a high percentage of their shots because CSU is the #1 rebounding team in the nation. Colton Iverson, at 6’10” 265lbs, a transfer after three years at Minnesota, and Pierce Hornung combine to pull down 20 per game just between the two of them and the team averages 42 a game.

I just don’t see any weaknesses to attack anywhere against CSU. Iverson (shooting at a 58% rate), Dorian Green, Greg Smith, and Wes Eikmeier all score in double figures, so it’s going to take a team defensive effort and successful shooting to have any chance against the Rams…. A team that is expected to go deep into the NCAA Tournament this season.

Might not be a coincidence we play them at the start of the 14th B'ak'tun.

PurpleGeezer wrote:Might not be a coincidence we play them at the start of the 14th B'ak'tun. 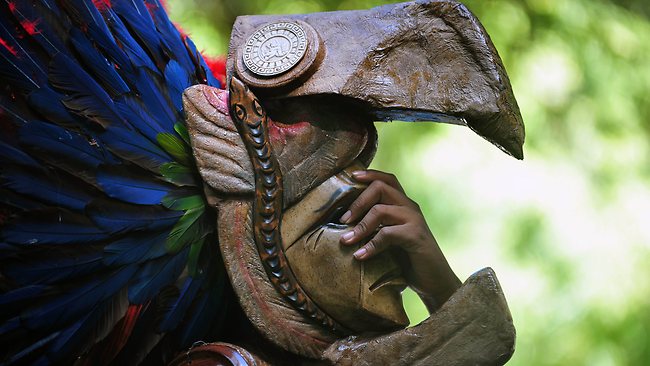 DoubleDipper wrote:
After back-to-back road losses to UW and Illinois Chicago, CSU beat our common first and second round opponents, UNF by 28, and CSUB by 20 this last week, boosting their record to 8-2.

Yea, CU, not UW.....that's what I get for posting in the middle of the night after returning from a party.

I mentioned that CSU is the top rebounding team in the nation, what I didn't mention was they have a plus 15.6 margin per game and the Rams are holding opponents to just 40 percent shooting from the field.

It would appear the Pilots are going to have to be unconscious from the outside to win.

I think one area where we need to take advantage in this game is in transition. I'd like to see us push the ball and tempo a little to get quality shots. A bonus if our bigs can get down the floor too. Iverson is a big kid, and I mean BIG. When I saw them take on CU he became frustrated with his teammates/refs/physical play and was hit with a T. Barker and VDM will have to play big and physical to contain him, but I think one area they can exploit is in the transition game.

DTLegend wrote:Iverson is a big kid, and I mean BIG.

I think you mean B1G. He's a transfer from Minnesota

This is the only regular season game thus far that will not have some sort of video available (either online or on TV). Thank goodness for Bill Johnson!

Latest Las Vegas odds show Colorado State by 11, if you're interested in THAT sort of action in Las Vegas.

And really, what else besides basketball can get your attention when in Las Vegas? 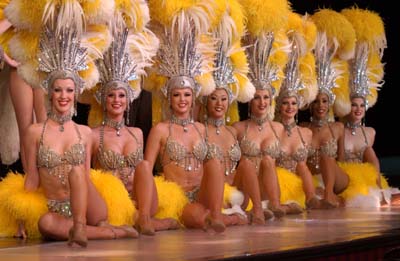 Feathers? I figured you were more of a red velvet and white fur kind of guy, based on recent evidence.

"I've been waiting for this moment, for all my life." Well maybe not as long as Phil, but I've wanted this to happen for quite some time.
A couple thoughts. UIC executed a zone defense that shut down the Rams. I would be surprised if this wasn't featured by the Pilots tomorrow. CSUB tried to take Iverson out of the game with a double team, and it kind of worked. If Green and Eikmeier are hitting shots, it may not matter though. Regardless, Hornung is less of a scoring threat than Iverson so it might be worth a shot. Offensively, I agree with the above mentioned transition play. Even at the insistence of Larry Eustachy, the Rams have been reluctant to play to his up tempo preference. I feel they are prone to giving up points on a quick break, not just this year but historically for this group of starting seniors. I would also consider going at Hornung, as he's a great rebounder but can find himself in foul trouble early. The next two off the bench, Bejarano and Octeus Prime, present their own set of challenges, as they both play tough D. If Smith and Eikmeier are having good games, this won't be a contest.
Hit threes, slow down Iverson, and hope.
Vegas, Pilots, Vegas! You're so money and you don't even know it. See you there tomorrow night. Go Pilots!

DTLegend wrote: Iverson is a big kid, and I mean BIG.

He's a legit 6'10" IMHO. He looks taller than Trevor Williams (former Ram) who was listed at 7 foot.

CSU also has a guy listed at 5'6". Listed at that height. For real. He's like a hobbit compared to the rest of them. I don't think he'll see the floor tomorrow though.

GAME INFORMATION
• Portland continues the Continental Tires Las Vegas Classic against the Colorado State Rams on Saturday at 7:30 p.m. at the Orleans Arena.
• The winner will move on to play the winner of the Bradley-Virginia Tech game, which precedes Saturday’s game at 5 p.m.
• The championship game will tip-off Sunday at 8:30 p.m., while the consolation final tips at 6 p.m.


GAME COVERAGE
• Live statistics for all games of the Continental Tires Las Vegas Classic will be provided. Links will be available at PortlandPilots.com for Pilot games.
• Sunday’s games will be televised live on CBS Sports Network with Jason Knapp, Steve Lappas and Doug Gottlieb providing the call.
• All Portland basketball games will be broadcast live on True Talk 800 AM with Bill Johnson calling the play-by-play and a 30-minute pregame show. The audio simulcast and live game statistics will also be available on PortlandPilots.com.


COMING UP
• Following the Continental Tires Las Vegas Classic the Pilots will take a Holiday break before returning to the Chiles Center on Saturday, Dec. 29 for a doubleheader.
• The Pilot women’s basketball team will host Portland State at 5:15 p.m., followed by the Pilot men versus UT-Pan American at 7:30 p.m.
• Portland will then open WCC play on the road against San Diego on Thursday, Jan. 3.


ABOUT COLORADO STATE
• The Rams (8-2) defeated North Florida (83-55) and CSU Bakersfield (78-58) in home games earlier this week.
• CSU’s only two losses have come at Colorado (70-61) and at Illinois-Chicago (64-55).
• The Rams have notable wins over Washington (73-55), Montana (72-65) and Evansville (79-72).
• Senior C Colton Iverson leads the Rams with 14.8 points and 9.7 rebounds per game.
• Senior G Dorian Green adds 12.8 points, while senior F Pierce Hornung grabs 10.0 rebounds per game.
• CSU is one of the top rebounding teams in the nation with a plus-15.6 margin per game and the Rams are holding opponents to just 40 percent shooting from the field.
• Head coach Larry Eustachy is in his first year with the Rams and inherited an experienced and talented squad.
• CSU is coming off an NCAA Tournament at-large bid following a 20-12 record in 2011-12. The Rams return three starters and seven lettermen from that team.

up7587 wrote:Feathers? I figured you were more of a red velvet and white fur kind of guy, based on recent evidence.

Sorry to interrupt the UP vs. CSU thread, but haha, yes you’re not the only one to notice the red velvet and white fur. It’s a traditional holiday season wardrobe for cheerleaders around the NFL….so it makes sense to display it on PN as a way of bring good tidings and cheer to all PN readers.

Generally I feature the Dallas Cowboys Cheerleaders as they are often the most resplendent in the red and white, but each of the teams offer various forms of holiday wear….some I won’t post in this family oriented forum.

Pictured here are the Cowboys and Broncos cheerleaders…… 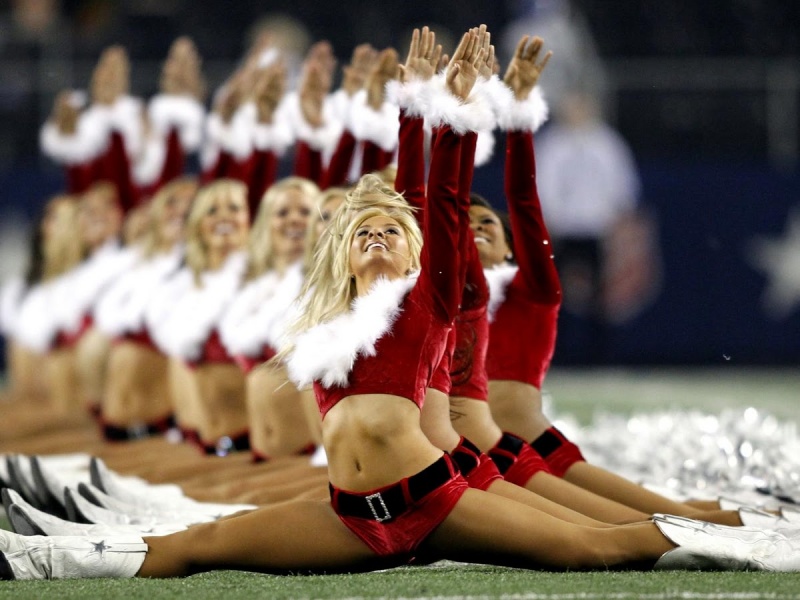 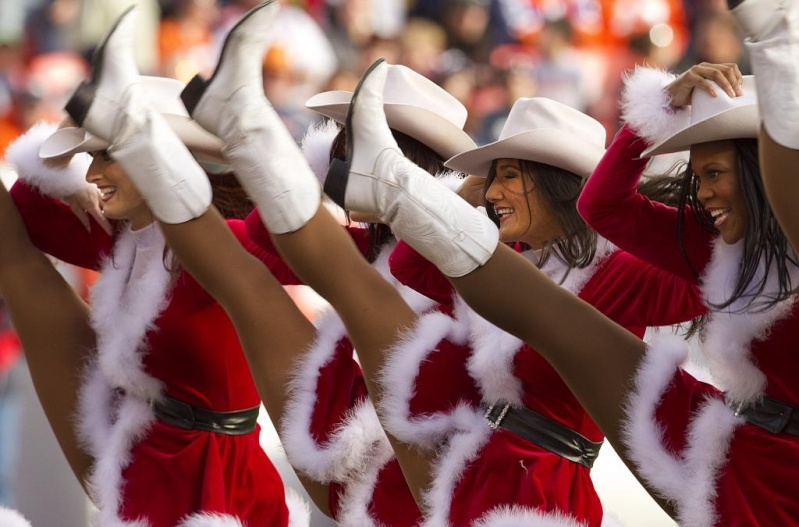 .....meanwhile, the boys are being treated like, well, royality in Las Vegas: 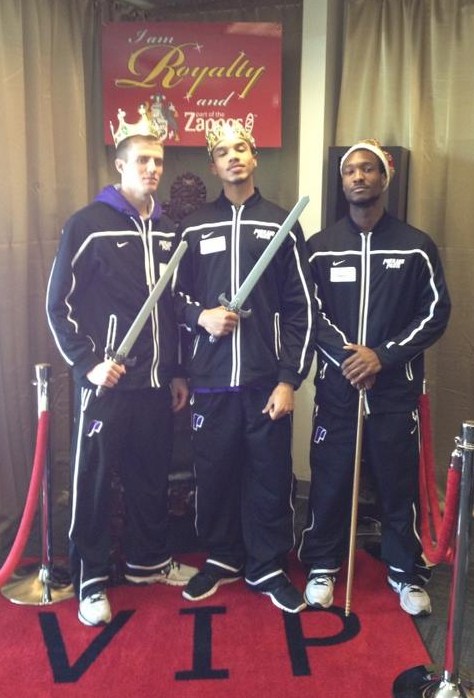 For those of you that made the trip (anyone? pilotram?), there is a pregame function in the pilot's box. I'm still a little sketchy on the details, but will post when I know.

Beware of any lead UP may get against CSU tonight.

Colorado State actually found itself down by one to Cal State Bakersfield at the half in their game on Wednesday, only to shoot 51.6 percent from the field after intermission to pull away for the 78-58 victory. All five starters tallied double figures in scoring for the Rams, led by Wes Eikmeier with 17 points on 6-of-12 shooting. Greg Smith netted 14 points, Colton Iverson had 12 points, Dorian Green logged 11 points and six assists, and Pierce Hornung finished with 10 points, eight rebounds and three assists.

This could be an intriguing matchup, as each side boasts plenty of talent in the frontcourt, but CSU has been much more consistent so far this year. The Rams can lean on solid efforts from Iverson and Hornung in the low post to help push them to victory if the Pilots don’t score with consistency.

Truth. Halftime deficits have happened a few times this year for the Rams, bu they usually pull it out. Actually, the deficits are usually incurred in the first ten minutes.

And here I thought I had missed the beginning of the game.

That’s a good comeback for VTU after losing to Georgia Southern in their 2nd round game a week ago.

Bah. Kevin Bailey out with a broken nose.