If you are looking for a live feed of ESPNU online (you have to wait for the sometimes obscene ads to clear out of the way or hit the "x" or the "close" button):
http://www.thefirstrow.eu/watch/147568/1/watch-college-soccer:-portland-vs-san-diego.html

It's a pretty mixed crowd. There was a loud "let's go Portland!" chant.

These annoucers are clueless. 0-0 at half. Portland dominating.

Get in Devlyn Jeter!

Two one on ones with the USD keeper, and can't convert.

And we are going to overtime!

Kurle with the goal in overtime with 15 seconds left! PILOTS WIN!!!

Edit: Ahhh... you beat me to it. Was anyone else struggling with the commentators whenever they said the name of USD midfielder Kelley McCloskey?

Oh my gosh, I just about had a heart attack. A great and critical and tremendously hard-fought victory, with our wonderful young women winning on heart and determination and superior fitness.

Get some rest, ladies, and take it to St. Mary's on Sunday!

Now I have to figure out how to get the adrenaline to stop pumping...

I know . It involves a breaking out a bottle of Hops with the red dot.

Anyone else see that LMU shut out Pepperdine 3-0?

Great win on the road against (as the announcers said about 500 times) the league leaders.

Now let's hope for no letdown against St. Mary's on Sunday. St. Mary's has pay per view if you want to watch the game online.

Ha ha, who were those guys? I'm just assuming they were unpaid interns, but I suppose it could be that lack of preparedness and inaccuracy are now acceptable to employers.

After listening to them talk at length about Garrett Smith and saying he was the guy with SD on his shirt and speaking with an English accent, I figured I'd somehow hit the SAP button on my DVR. Finally, at the half I'd had enough and hit the mute button.

Wonderful teamwork to develop and score the winning goal; I was very proud of the team effort tonight, and it was so great to see Devlyn score her first career goal. Didn't listen to the commentary of the goal, but I'm sure it was somehow "unlucky" on USD's part.

Is USD’s stadium too big for San Diego soccer and the College Cup? The Toreros were 3-0 in WCC and playing a perennial winner, and how many fans were there? It looked like no more than 500 to 600 at most.

So what is missing in this picture that was so obvious during the telecast/webcast tonight? Yes, there are a lot more fans, but what’s missing?

DoubleDipper wrote:So what is missing in this picture that was so obvious during the telecast/webcast tonight? Yes, there are a lot more fans, but what’s missing?

Yeah, I just don't see how that's going to be a good venue for the CC.

Still weeks to go and the pitch looks ratty. And the pointy ball markings..

Ha ha, yes the football field, but that's not what I had in mind; I was thinking of something that was not even close to USD blue: 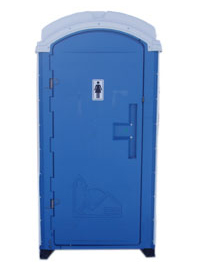 It was sitting there all alone in the concrete area to the left of the previous picture.

Do you suppose that it was placed there for the expected “overflow” crowd?

I wondered about the necessity of that blue box as well. I am sure there is an evil plot afoot.

A_Fan wrote:I wondered about the necessity of that blue box as well. I am sure there is an evil plot afoot.

....which would explain why the Blue box was there one minute and gone the next. 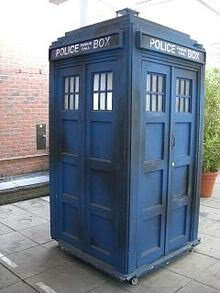 I thought the announcers were fine, notwithstanding the gaff about which coach was Garrett. I believe one of them is a former MLS player (Eskandarian). If you want bad, you should have heard the Stanford radio announcers for the Washington State game. Whine, whine, whine.

Great win! Pilots continue to play well and earn results on the road. Nice to see some new names as goal scorers.