Megan has been all over the news in Portland recently... KGW interviews, Tribune article, Portland Timbers articles/videos.

Partly because the USA/Ireland game is tomorrow, but interestingly mostly about the new league.

She's obviously the designated spokesperson for this area... would make a lot of sense for her to be on the team here, wouldn't it?

One would certainly hope the league doesn't pull a bait and switch with Megan.

I just stumbled across the team poster from 2008 and had the thought that half of that squad would form a tidy nucleus for Portland's nascent pro team. Tsao and Reed at fullback; Winters, Schmidt, and Rapinoe in the midfield; Enyeart and Chandhoke up top. You don't even have to add other UP alumnae (cough, Sinclair, cough) for it to be a formidable squad.

More about the league from Stumptown Footy, including a video interview with Megan:

If STF and Megan are correct in their assumptions about the make-up of the rosters, it bodes well for UP alumni.

Caught a brief Merrit Paulson interview on KOIN or KATU on Sunday evening. In the interview he made it sound as if the team will have a local flavor with potentially 3 US National team players on the roster being joined by Canadian and Mexican national players. Could be interesting to see how it shakes out. Imagining a team with Megan, Abby, Christine, Sophie, Keelin, ... is kind of fun.

So, a couple of questions about the new league:
1. What are thoughts on what ticket prices will be for games?
2. When will the players be dispersed?
3. When will there be a college draft? What college players would you find interesting to look at drafting thus year?
4. When will the player pool for the league be announced?
5. Is Keelin Winters considered a USWNT player since she is still listed in the current player pool? Each franchise is supposed to have three USWNT players on their rosters. The current travelling USWNT team is only carrying 18 players.

Lots of questions that I am sure will be answered in the next couple of weeks.

5. Keelin is probably not one of the three uswnt players to get distributed to each team. Those would be the players who will have residency contracts, which is more or less the number set under the player agreement currently. It might, however, include Stephany.

The current 6 year contract expires at the end of the victory tour, so that aspect of things is a little up in the air right now. There hasn't been much news on the progress with negotiations for the new contract.

Wondering if anyone has seen a timeline for the women's league? What are the dates for the dispersal draft, college draft, allocation of players, etc? It just seems like there should be a little more information coming out with the season starting up in about four or five months.

I'm not making any assumptions about how they'll fill the rosters. Will there be a dispersal draft or a college draft? I don't know. How will players get on teams' rosters? I don't know. I'm hoping they'll do it in a way that is inexpensive to administer. And I'm hoping that the players will be on teams in geographic areas where they have roots.

I am sorry, but I think it is a horrid name for the women's soccer team in Portland. The Portland Thorns! Really, what a horrible choice. 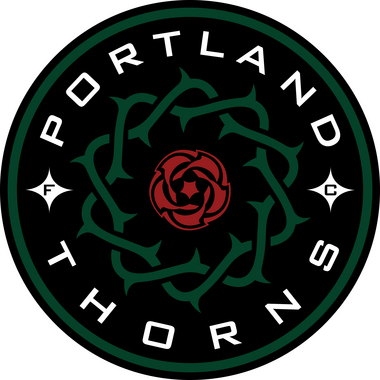 Maybe this is 16 years of Catholic school talking, but why is it my first thought is "crown of thorns".... Do the Timbers hate Jesus? I kid... Sort of...

I wouldn't go so far as "horrid"... It plays off the Rose City nickname and it plays off the "city of thorns" banner popular at Timbers games. But in that respect maybe Seattle should switch from "Sirens" to "Gardening Shears"

I realize it was a hockey team, but I would have thought that they would have gone with a name more like Rosebuds... But, I don't dislike thorns. I just am not a fan of it so far either.

And have some Orson Welles look-a-like run around as their mascot?

According to Paulson, a nice side benefit is that you can still chant P-T-F-C!

Oh, that Merritt, he's a clever one.

It's all right with me. The rumors were Rose City FC but I don't think that's much better. You're always going to have complainers.

I dont hate it... and thankfully they did not go along the lines of some of the WNBA teams: Sun, Dream, Fever, etc.

No pity in the Rose City.

I can't wait to see what the Nike brainstormers come up with for team uniforms.

After a momentary shock, I like it. It's an attention grabber and communicates to opponents that "When you come here, we're going to stick it to you. and you're going to go away bleeding." In fact, I really like it -- not meek and mild, not "Oh, we're women, so we're nice." It says we're serious and tough.

The woman in my house and I both think the Thorns nickname is perfect; especially in the City of Roses.

And the logo: a rose amongst the thorns instead of the usually image of a thorn surrounded by roses is both humorous and analogous of the team's on-field battles.

All of us must remember women should be treated as roses, not because of their delicate ways, but when you play with a woman's heart, or compete against them on any field of battle, prepare to be stuck by their thorns.

For the first five seconds, I found it a bit peculiar, but I've quickly grown to like it. Very eager, like, watching water boil eager, to see the kits and hear about a jersey sponsor. And venue. I live in San Diego, but we have a family friend who lives up there (professor at PSU and on some winery board down near Salem). It would be neat to see a match, especially since California (for now) was shafted.

What we've heard so far is that games will be at JeldWen field where the Timbers play, with some possibly at Merlo Field at the University of Portland. We don't know whether the U of P has agreed to that.

Besides "Merry" and "Jolly", it's also the Season to be Kind...and you are all being very kind

The good news is they didn't name them the "Beavers"

I think the logo is great.
A little Celtic for me, but very nicely done.

I'm not mad at the name. Better than most that were suggested here.
Except Co-Pilots of course.

I'm surprised there are only 2 West Coast teams and 3 or 4 (if you count DC) North East teams.