"Despite being overwhelmed by an impressive candidate pool for the open assistant coaching position, it became obvious fairly quickly that the ideal candidate to complete our staff is Colin Pfaff,” Reveno said. “His passion for the game, combined with his experience as a college assistant and head coach, will give him the ability to contribute immediately to our goals of winning championships and being one of the best programs in the country at player development. He also has a proven talent for mentoring players and recruiting prospective student-athletes. We are very excited to add him to the coaching staff."

“I am very excited for the opportunity to continue my career as a member of the Pilot Basketball family,” Pfaff said. “This is a great chance for me to continue working with an excellent staff and tremendous student-athletes. I look forward to contributing to the ongoing success of the basketball program here at Portland.”

Since being hired at Portland during the summer of 2010, Pfaff has coordinated all Pilot Basketball camps, handled the travel operations for the program, managed film exchange, assisted with academic support and had oversight of the program’s community outreach efforts.

Prior to joining Portland, Pfaff spent two years as director of basketball operations at Cal State Fullerton and helped send six players into the professional ranks.

He coached the previous three seasons at West Valley Junior College in San Jose, Calif. In his first year as an assistant, the Vikings won 33 games, were ranked No. 1 in the State of California for over 12 weeks, and advanced to the state championship game before losing to undefeated Fullerton Junior College. In only his third year at West Valley, Pfaff was named the head coach. Over his three total seasons at West Valley, the program won 74 games and developed 18 student-athletes that went on to earn athletic scholarships to four-year institutions.

Pfaff had a successful collegiate playing career that began at DeAnza Junior College. He was the team captain and finished among the top 10 in the state of California in assists and steals as a sophomore. He transferred to CSU-Monterey Bay for his final two years of eligibility and was named the team captain as a senior and earned scholar-athlete honors as well.

A standout prep player at Paradise High School in Paradise, Calif., Pfaff was team captain for two years and led the league in assists and steals his senior year.
In addition to his collegiate administrative background, Pfaff has worked a number of camps on the West Coast and earned a reputation as one of the best at teaching fundamentals and skill development. He has also worked with kids in skill development for eight years throughout California and Oregon. In addition to his communication degree received from CSU-Monterey Bay, Pfaff received a Master's Degree in Kinesiology from Saint Mary's College in 2007.

Thanks for that, oldtimer, your prediction was correct. This from an earlier post (May 18, 2012) under the "Staff" thread:

oldtimer wrote:My guess is that Colin would get promoted. Seems to be the way a lot of director of operations guys transition into more coaching specific roles.

Congratulations to Colin Pfaff on his promotion from Director of Basketball Operations to Assistant Coach!

A good move that shows you CAN work your way up through the system and continue to provide continuity to the staff and team. Point the way Colin ................. 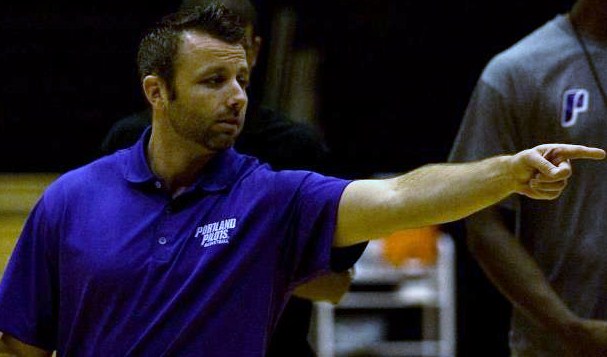 Thanks, but with his previous experience it wasnt too far a stretch to guess. But just in case I will be posting lotto numbers next week!