Kasey Keller is this year's inductee into the WCC Hall of Honor, where he will join Joe Etzel, Clive Charles, and Tiffeny Milbrett as the UP representatives.

There are 9 inductees this year, as BYU gets included for the first time.

Kasey Keller, University of Portland
Kasey Keller, who most recently was an all-star for the Seattle Sounders of the MLS, retired in 2011, ending a career which spanned 23 years, four World Cups and four countries. Keller, who starred at UP from 1988 until 1991 and led the Pilots to their first ever College Cup, has been named U.S. Soccer's Athlete of the Year an unprecedented three times.

Keller is the U.S. National Team's all-time leader for goalkeepers in caps (102), wins (53), shutouts (47) and World Cup qualifying appearances (31). He was named U.S. Soccer Athlete of the Year an unprecedented three times (1997, 1999 and 2005) and has competed in four World Cups. The native of Olympia, Wash. played more than 300 matches in three of the world's top leagues: England's Premier League, Spain's La Liga and Germany's Bundesliga.

While at UP, Keller (1988-91) was a three-time All-American and was named the collegiate goalkeeper of the year in 1991. He is still the school's all-time leader in career shutouts (43.0) and goals-against average (0.64). In 1988, he helped lead the Pilots to the school's first ever NCAA College Cup appearance. Portland, which lost to host Indiana in the 1988 semifinals, reached the post season all four seasons with Keller between the pipes.

Congrats to him. The class will be presented at the tournament March 3. This is a pretty impressive class, which includes KC Jones, Tom Candillotti, and Kurt Rambis. 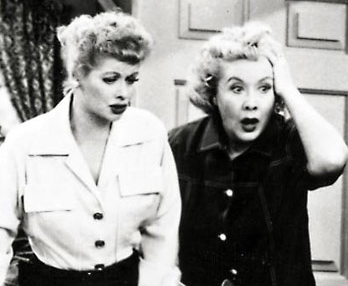 Two really outstanding choices in Kasey and K.C.. Outstanding collegiate and professional careers and they proudly and represented their country.

Man, I can't believe I watched K.C. Jones at USF when I was growing up. What a career, two NCAA Championships, an Olympic Gold Medal, and 12 NBA Championship Rings. Is there anyone with better credentials, anywhere?

Oh, and thanks for starting the Ethe(y)l thread: 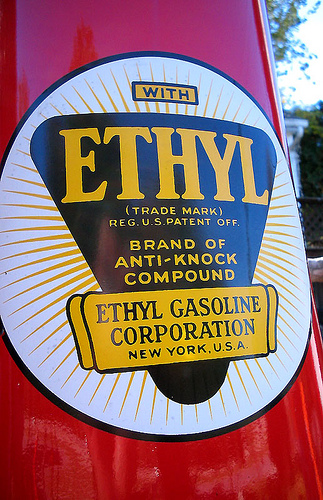 Man, I can't believe I watched K.C. Jones at USF when I was growing up. What a career, two NCAA Championships, an Olympic Gold Medal, and 12 NBA Championship Rings. Is there anyone with better credentials, anywhere?

First off, I watched a lot of KC when I was a kid. Enough to know the trivia of those Celtic teams.

John Havlicek matches his 8 NBA rings and has an NCAA ring.

Tom Heinson had 8 NBA rings as a player and 2 as a coach.

But the all time king of rings is another USF guy who isn't yet in the HOH.
Bill Russell had 2 NCAA rings, 11 NBA rings as a Player, and he also was a player coach, so two of those player rings are also coach rings.
Bill also has 5 NBA MVP rings and an Olympic Gold Medal.

So we can expect an anchor to a future HOH class soon.

Speaking of rings. Can anyone name another player who has 11 in any sport?

PurpleGeezer wrote:Speaking of rings. Can anyone name another player who has 11 in any sport?

My guess is Yogi Berra.

PurpleGeezer wrote:Speaking of rings. Can anyone name another player who has 11 in any sport?

My guess is Yogi Berra.

Oooo.. Your good. Yogi had 10 as a player and 2 as a manager, all for the Yankees. He was also the assistant manager to Gil Hodges on the 1969 mets. Assistant jobs might muck things up, though.

And there is another guy who has 11 rings as a player.

Do you get a ring for managing a Premier League title team?

I find it interesting that Kasey made it into the WCC Hall of Fame before he was inducted into the University of Portland Hall of Fame. I guess the UP Hall has the requirement that you have to be retired for a certain number of years before you can be inducted. I wonder if that rule should be reconsidered as it does kind of seem silly that one of the best athletes ever to be at UP wouldn't be in our Hall, yet makes it into the league hall.

The published requirements state only that you must be retired. That has in the past been a pretty loose requirement. Scott Benedetti played for the Timbers for several years after he was inducted. He was in the first class ('94), and was standing on the field as a player for the Timbers when they retired Clive's number after Clive died.
He even scored one of the three Timbers goals that night to equal Clive's #3.


Shannon Macmillan is on the ballot for the National Hall and is the best chance for a woman to make it this year( she got 56% last time and 67% gets you in this year). She may make the National hall before the UP Hall also.

And Tiff got the conference recognition last year and still isn't in the hall.

up7587 wrote:Do you get a ring for managing a Premier League title team?

No idea, Red Aurbach got 10 as a coach, BTW, but the question is who got 11 or more league championships as a player.

OK, I had to cheat. Henri Richard played on 11 Stanley Cup winners.

up7587 wrote:OK, I had to cheat. Henri Richard played on 11 Stanley Cup winners.

Correct. The "Pocket Rocket" won them all for the Montreal Canadians. His brother Maurice "Rocket" Richard got 8.

So... What NHL player has a statistic named after him?

PurpleGeezer wrote:So... What NHL player has a statistic named after him?

PurpleGeezer wrote:So... What NHL player has a statistic named after him?

The record holder is Brendan Shanahan with 15.

Gordie only ever had two.

Getting back to Kasey, he is the reason I originally became a Pilots fan. I had read about the men's team in The Oregonian, and that they had this great goalkeeper, and I went out to see for myself. I found the games worth watching simply to see him play. He had a presence and a "vibe" that covered the entire defensive half of the field. In the years since, I've seen only two other goalkeepers like that in person: Ruth Montgomery of St. Mary's (via St. Mary's Academy) and Erin McLeod (Penn State). I've seen other keepers, but those were the ones who seemed to project their energy and command the best.

I think I saw Hope Solo play at UW -- Geez, wasn't she the keeper when Venessa Talbott scored an end-of-game goal in the NCAA Tournament at UW? But if so, I didn't notice her having that kind of energy. I bet she has it now.

I think I saw Hope Solo play at UW -- Geez, wasn't she the keeper when Venessa Talbott scored an end-of-game goal in the NCAA Tournament at UW? But if so, I didn't notice her having that kind of energy. I bet she has it now.

The game you are thinking about was at Merlo in 2000 that Talbott scored in the 77th
For a 1:0 victory in the third round. We had Cheryl Loveless in that game, who played a great game. In September that year, we lost 1:2 to UW up there. Hope only let in 12 goals that year.

the following year we beat UW 1:0 in September (Christine) and 2:1 in the second round of the tournament at Merlo also. Scores were from Lisa Cassagrande and Chistine somebody in that one.

Both UP teams got to the semis, but those were UW's best years. I have a different memory of Hope. She terrified me with her intensity. Those were definitely her teams.

UP has had some terrific keepers on both sides. I moved to Portland the year after Kasey graduated, so I never saw his college games. The player who played with the most intensity including the others you mentioned I recall was Angela, who still hold the GA average record. She singlehandedly willed UP to four overtimes in the UNC final.

But if i were a defender, I sure wouldn't have wanted to disappoint either McLeod or Harrison.

I can't believe we have gotten this far in the thread without showing the greatest performance by a US goal keeper in history.

In 1998 the US played Brasil in the Gold Cup semi, and the US got its First win ever against Brasil and the best victory since the 1950 World Cup win against England. Watch the clip a couple times - first for Keller's ten saves ( my fav's are the save off the header about 1:45 in where Romario waits to shake his hand, and the last one-handed snag)


The second time, watch how the defenders (especially Lalas) played the patented turnstile defense. It made Keller's performance even more amazing.

That's Spanish, btw, not Brasilian. Just before the last save one of them says:

"if they didn't have #18 they'd be punching their tickets now"

Here's Preki's goal and the post-game in English and Brasilian. Watch for snips of Clive (he was the assistant US coach then)


I am still amazed Junior overplayed Preki to his right. They must not have known anything about us.
And I was amazed that the Brasilian announcer was able to get out "Radoslavljovič" in the run of play.
In fairness to Lalas, he started the counter.


Interview with Preki and Keller.

Also an interview of the Brasilian coach, whose Brasilian strikes me as a lot like 'Arry's English. I didn't catch much, but is seemed like a "what can you do?" response.

Also loved the shot of the Brasilians marching off the field in lockstep.

Growing up in Olympia, Kasey's first kid soccer team was the Woodlawn Cemetary Diggers. I'm guessing it was a 6-and-under squad.

After a lauded professional career with stops in the German Bundesliga, English Premier League and Spanish La Liga, Keller returned home to Washington and finished his playing career with Major League Soccer's Seattle Sounders. Keller played his final regular season home game for the Sounders on Oct. 15, 2011, a game in which the Sounders beat the San Jose Earthquakes 2-1. A record crowd of 64,140 people were present to send the Northwest native out in style.

As a member of the U.S. Men's National Team, Keller is the most capped goalkeeper in U.S. Soccer history with 102 caps and also the team's all-time leader in wins and keeping clean sheets and was named to the World Cup roster in 1990, 1998, 2002 and 2006. With his 2006 nod, Keller joined Claudio Reyna, current U.S. Soccer youth technical director, as the only U.S. players to be named to four World Cup roster. In addition to his four World Cup appearances, Keller won three Gold Cups, three US Open Cups and an unprecedented three U.S. Soccer Athlete of Year awards.

Keller continues to support youth soccer and travels throughout the state of Washington to encourage young players and tell the story of his success.

Guess he didn't go to college