This ad was in Sunday's The Oregonian:

"Where billionaires never bicker with millionaires over gate receipts.
Where the only work stoppage is during a timeout.
Where the defensive end is a focal point, not a resting point.
Where no one speaks in the third person.
Where the name on the front of the jersey means more than the one on the back.
Where a traveling call will actually be made.
Where sharing the ball is more important than sharing the revenue.

Watch basketball the way it was meant to be played.
Support players who never stop working. Support the Pilots.

The season - one that will not be delayed, interrupted, or cancelled - starts October 29."

Thought it was a great ad.

Can you get a photo of this? I want to see it in print. Nice find! 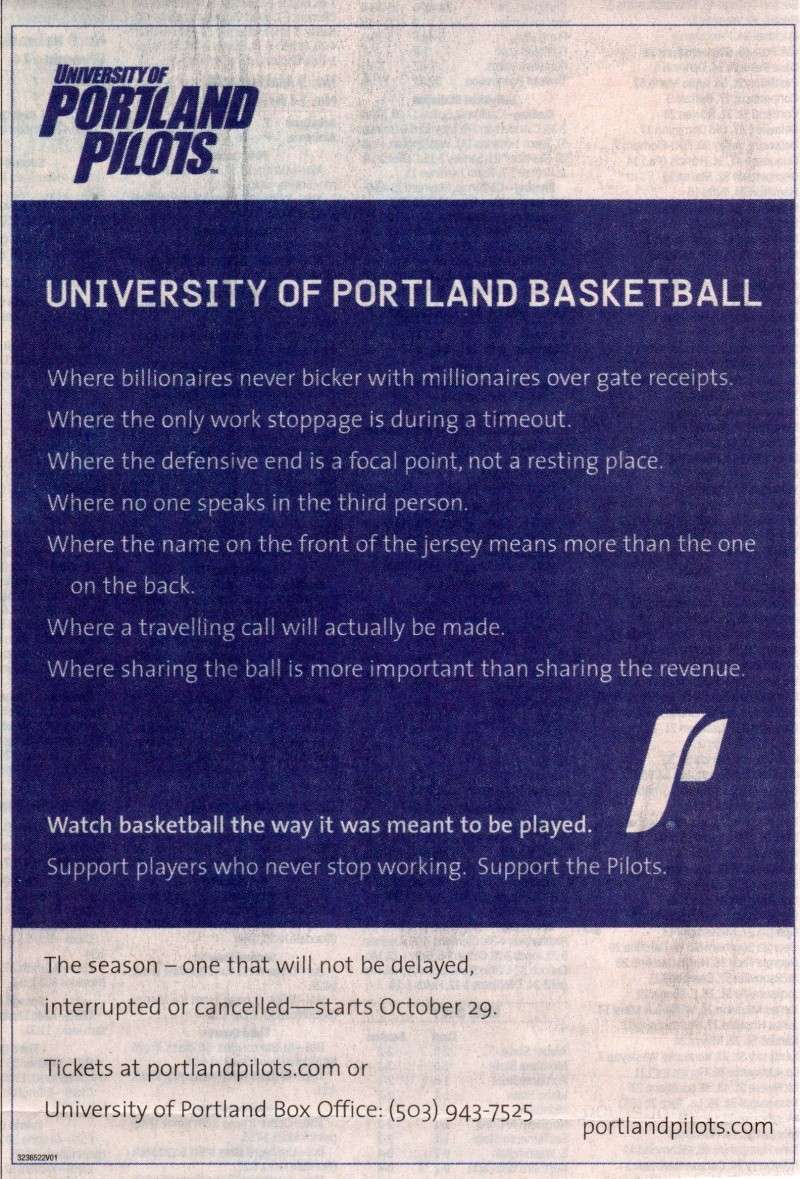 That is a fantastic ad. Love it!

Thanks, Geez. I was wondering if UP would put up an ad that poked fun at the NBA predicament. Hopefully the lockout translates into more people at Pilot games.

UP: where no one on the team or staff speaks in the third person?

And a rare description of basketball players, but these are the times.

Irony and sarcasm have a place on the Bluff where the team apparently toils away . . . with virtue and let's hope, many wins.

Hahaha hopefully this ad doesn't have an effect on NBA away teams renting Chiles out before games for practice....

You think this ad applies to them?

I'm pretty sure the Pilots aren't on David's radar...

And I'll guarantee he doesn't read Oregonian ads in print.

Here's what David cares about.

Was it the money bags that were photoshopped in there, or the Wall Street Journal signs in the background? Confusing...