I can't get into the chat room. Is anyone else having trouble?

I figured it out.

Score 0-0 at end regulation play. CSUN has out shot the Pilots 15 to 8. DeYoung is awesome at goal.

Goal by Amanda with assist by Taylor in 28th second of overtime! Way to go girls. Now go home and get some rest!

Wow, a road win at last. Good for the Pilots.

One of the most amateurish radio broadcasts I have listened to in years, if not ever . . .and I still thought the announcer likable and the broadcast somewhat enjoyable. Sometimes referring to our players by number, uttering exclamations with little or no explanation regarding the play and, at the end, no real explanation of Brooke's steal/ assist apparently to Frisbe--he had earlier referred to Brooke as a "5 footer." Not that she is tall but she is over 5 feet tall, even to the untrained eye of an ill prepared announcer. The end of the broadcast was classic as he explained that he had other responsibilities and that was the end of the broadcast. Production quality of the broadcasts are light years ahead at UP . . .

But, the broadcaster had us laughing often: "That ball just had too many legs!"

And one of the players had a "flickhead"

There was a color commentator, but the play by play guy did both and never let her finish a sentence. If the play got fast, like a pass, or a steal, he couldn't keep up. Yet, he managed somehow to paint a picture of the action and I enjoyed the audio over livestats that don't work.

I liked the guy. if UP had the run of play he said so, while still rooting for his own team. you knew when things got exciting, even if you weren't sure what happened.

And he was honest if he though there was a bad fouls both ways, though you wonder if he knew the rules.


I even liked it when he invented UP history out of whole cloth (Garrett winning it all his first year).


Miles above game tracker. Hats off to Northridge.

How about the burp, which he said was "brought to you Pepsi".

....Or the discussion of the flies in the pizza box

Lorielle filled in for Kassi.... 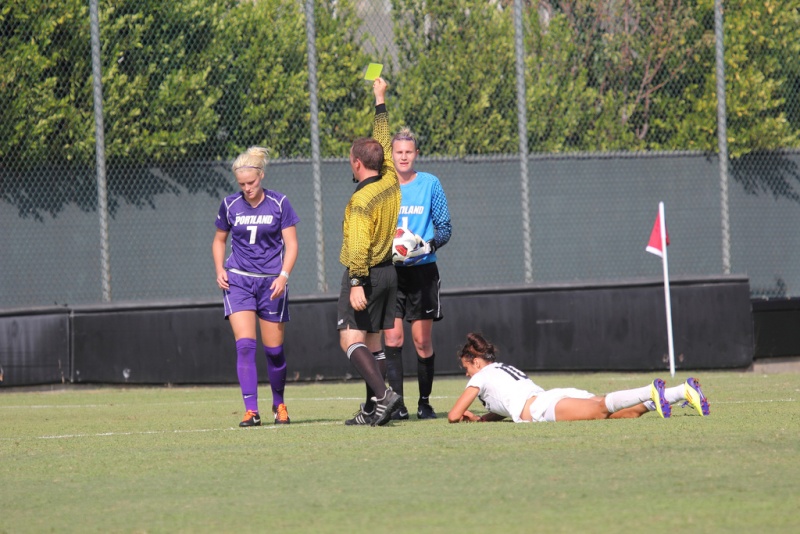 Luckily that happened just outside the box.