I only found out because of Facebook. But, the Timbers Army will have a presence at the UP game vs. Stanford. I am personally very excited for this.
https://www.facebook.com/event.php?eid=119664298131062 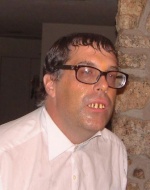 As long as they shower first...

as long as they clean up their cheers for all the younger pilot fans in attendance.

Call security! Timbers Army tends to scare small children without even trying. Wow, this will bring a weird vibe to Merlo. I imagine I will be alternately laughing and shaking my head at the Timbers Army antics.

purple haze wrote:Call security! Timbers Army tends to scare small children without even trying. Wow, this will bring a weird vibe to Merlo. I imagine I will be alternately laughing and shaking my head at the Timbers Army antics.

Plenty of small children are IN the Timbers Army.

The "antics" of the TA are part of what makes Portland Soccer City USA. Add ECS and the Southsiders to the mix and soccer fans around the country and the world are looking very favorably on the Pacific Northwest.

I hope they realize how great the student support is by college standards.

I hope they realize how great the student support is by college standards.

Or even by most professional teams' standards. How many supporters groups in North America have bigger and louder support? I'd wager most if not all MLS teams, but aside from Montreal at the lower levels, I don't think there are many.

So much for the fans. Now let's talk about the foe. Stanford may come into Thursday's game ranked No. 1, depending on the final results of Tuesday coaches poll. Their record is 6-0-1. They've scored goals in bunches, up to 6 in a game. They've shut out 4 teams. They've beaten Penn State and Notre Dame. I doubt the Pilots are quaking in their boots, but this shapes up as an extremely tough match for the home team.

I was talking to the fish guy and we both agree on this:

Let the Timbers cheers be the Timbers Cheers. I hope the Drum/ Student section can always try keep it's cheers unique to UP.

That's a fun one.

Back to the game itself. I was checking out the Stanford website for key players to watch and noticed that Courtney Verloo is not listed as playing at all this year. Is anyone aware of her status?

By the way, one of their leading scorers is a freshman. They've scored 24 goals in six games this year. We're going for 24 in seven on Thursday.

Courtney unfortunately tore a meniscus just before the season started. If you recall, she had injury issues at the end of the last season and wasn't 100% during the tournament( missed the first two games)

Hope she gets back all the way for next season. For this game, she joins Kendall on the sidelines.

Trenchcoat Wally wrote:I was talking to the fish guy and we both agree on this:

Let the Timbers cheers be the Timbers Cheers. I hope the Drum/ Student section can always try keep it's cheers unique to UP.

I understand your concerns, but in the football world very few songs anywhere are "unique."

Songs get adapted by supporters groups around the world. Whatever songs you sing, someone somewhere is singing them too. Someone hears one, it sounds cool, they change the words, it catches on in a new stadium. It's the way of the football world and it's especially easy these days with the internet.

Stanford brings a Number One rating into the match. All right!

Any fireworks planned for Thursday...besides the Timbers, Villians, and general mayhem?

Seriously, will we have a pyrotechnics display?

OldePilot wrote:Stanford brings a Number One rating into the match. All right!

Any fireworks planned for Thursday...besides the Timbers, Villians, and general mayhem?

Seriously, will we have a pyrotechnics display?

Depends on the fire warning levels by Thursday...

Been quite a while but I will be back on the Bluff tonight... Looking forward to this... I even took a shower so I would not offend some of you...

Just got off work. Couldn't make the game although I wanted to, but I could still use a shower.

Just a couple mistakes and Stanford makes the Pilots pay. The defense did very well handling the constant pressure but when you're under fire that much things are going to happen.

Olivier looks like the new left back to me. You have to get her out there somewhere. Poor Dani is going to want that one back.

Stanford is going to be hard for anyone to handle this year and Portland did the best it could.

The Timbers fans who were there seemed impressed with the Villans and were trying to sing along with them a little They even got a call and response going. The students did well tonight.

Lastly, I'm fine with how the WCC logo looks. I'm not fine with it--and an advertisement--being painted on the pitch.

The WCC logo would have been essentially impossible to read if you didn't know what it said. I still say the logo stinks.

I was really glad to have Timbers Army reps at the game and felt that way before the game as well. The more Portland soccer fans at the games, the better.

PilotNut wrote:The WCC logo would have been essentially impossible to read if you didn't know what it said. I still say the logo stinks.

Honestly, I'd rather see shirt sponsors than logos on the field.

But a shirt sponsor replaces the Portland logo for all games, all season... rather than a simple sponsor logo on the field for a single game or two...

What would the Pilots have had to do against Stanford so that Pilot Nation would be discussing the team instead of the logos?

In all the Pilots home games I've been to in the past 8 years or so, I've gone in thinking the Pilots could win and would win (even if a few didn't turn out that way). Last night was not one of them. This was a case of the Pilots being served the kind of posession lesson they usually dish out to others. It's odd to see the tables turned like this, like being in some bizarro backwards world. Stanford was in total command and never in danger of losing or even of being scored on. I'll applaud the Cardinal for excellent team play and individual skills.

Stanford's website gushed about its team's awesomeness: "Goals are beautiful things, especially the 22-yard strike that Kristy Zurmuhlen blasted into the net to ice Stanford's 2-0 victory over Portland on Thursday night. But Stanford women's soccer has different dimensions of beauty. There are the goals of course, but there is also the possession. That's what Cardinal soccer is all about - controlling play, being patient, setting the tempo, and taking the opponent out of its rhythm. "

This game was the marquee home matchup of the season, there's no shame in losing to the nation's top-ranked team, and about all I can do is tip my cap to the stronger side.

What lies ahead in the WCC? It will be interesting to see how Stanford fares at Santa Clara on Sunday -- should give some clue about the relative strength of Santa Clara.