I'm watching the NCAA semi's today ( ESPN) Notre Dame beat Cornell in the first game, and Duke is up by 3 in the fourth of the second semifinal.


Some kids from my old high school are putting on a real show right now. Ramel Bratton and his twin Shamel for Virginia, and Zack Howell for Duke have done some jaw dropping stuff on the field, including a lay our diving goal by Howell, and a behind the back stick handling move from Ramel that had the Raven's packed Stadium oohing and ahhing.

Great stuff. If you aren't watching, turn it on. If you see this too late, watch the finals on Monday. It's a great show.


Those three guys and Cornell's Steve Mock played on a Huntington High School (Long island NY) team that went 63-1 over 3 seasons, won three Long Island and two NY State Championships. That's about as good as it ever gets in prep Lacrosse.

I'm watching the first game of the Stanley Cup Finals (NBC). It is already 3 -2 Flyers after the first period. It's a great show.

Duke wins it after a bonehead offsides play by UVA.

The finals will be the best defense in the country (ND) vs the best offense.

Earlier in the year, ND pasted Duke. It should be a great final.

Neither team has won it before.

Haha, I'll definitely have to check that out since I'm cooped up and sick over memorial day. LAX is a sport I wish had been around when I was little, I think I would have taken a liking to it. Haha the closest I got to lacrosse was trying to play hurling on a family trip to the motherland... Talk about fun!

BTW, lacrosse is the official National sport of Canada, not hockey.

I'll bet more Canadians are watching the hockey, even though the two teams are from U.S. cities.

I remember hearing that a while ago... It would have been interesting to see the Iriquois and Huron matches with hundreds of players and miles of playing field. What a crazy spectacle that must have been (haha,♠ not to mention absolutely brutal)

up7587 wrote:I'll bet more Canadians are watching the hockey, even though the two teams are from U.S. cities.

I' m pretty sure more Canadians play Lacrosse, as it's pretty big with both men and women.

There were 52,004 at the NCAA semifinals. How many can fit in the arena?

I have tickets for the D 2 and D1 finals on Monday. It's been sold out for months. The D3 finals are tomorrow, and probably 25k will see that.

DaTruRochin wrote:I remember hearing that a while ago... It would have been interesting to see the Iriquois and Huron matches with hundreds of players and miles of playing field. What a crazy spectacle that must have been (haha,♠ not to mention absolutely brutal)

Lacrosse may be the only sport that ever won a battle.

In the early 1700's the Saulk and Ojibway (Chippewa) Indians played a game outside of British fort Michilimackinac in Michigan. The Brits opened the gates and came out to watch and the tribes grabbed weapons hidden under their women's skirts, rushed the fort and took it over. The brits were ransomed and had to walk back to Ohio.

The Iriquos called it bagataway "they bump hips" or tewaraathon - "the little brother of war".

And they didn't have the benefit of the lightweight armor-like padding todays players carry (Haha but then again they weren't wielding aluminum, composite or titanium sticks either... not to belittle the pain of getting whacked by a tree branch...)

I played in the tree branch days, and arm and shoulder pads were optional. Lots of guys didn't wear them. I just wore soft elbow pads.
My Senior year, I sprung for a plastic and metal model, much easier to use.


We used to play on the village green when I was a kid just like the Indians did, (well, barefoot and shorts) I was back in Huntington this week and there are still kids playing the same place every Saturday 50 years later. I watched for an hour or so...

It might be the longest pickup game in history.

The hockey game is pretty interesting.

up7587 wrote:I'll bet more Canadians are watching the hockey, even though the two teams are from U.S. cities.

It will be of interest to Portland hockey fans. Another Winterhawk is going to get his name on the Stanley Cup (Marian Hossa for Chicago or Braydon Coburn for Philadelphia).

Coburn was in my sister's high school math class. Lots of Hawks have gone to my old high school.

Wait, Marian Hossa is a Blackhawk? Now I kinda want the Flyers to win, so he can go 0-3 and move on to yet another team that will lose in the finals. But I did like him as a Hawk, so I kinda want him to win on...but his moving teams EVERY year is really lame.

While we are talking about the non-big three sports, we've got the Indy 500 and the Coca-Cola 600 today. I don't know that anyone is going to be doing the double today though.

I don't think the timing currently allows for a double.

True, NASCAR standardized all the start times last year, so the Coca-Cola 600 has been bumped up an hour or two. Plus no one since Smoke has had any success moving from Indy to NASCAR.

mattywizz wrote:Plus no one since Smoke has had any success moving from Indy to NASCAR.

Between the duke turnovers and nd stall ball, this game is a yawner.

5-5 at the end of regulation. That's the lowest scoring 60 minutes of Lacrosse in NCAA history.

And Duke pulls it out with a fast brak goal off the face-off 6-5 .

The Duke ams are happy - the rest of us want some coffee.

In other news. Dario Franchitti, who flopped in NASCAR, won the Indy 500, making his wife Ashley Judd happy. And Kurt Busch won the Coke 600 making his boss Roger Penske happy after losing at Indy. JP Montoya was nowhere to be seen.

Will Ashley be at the UK - UP game? 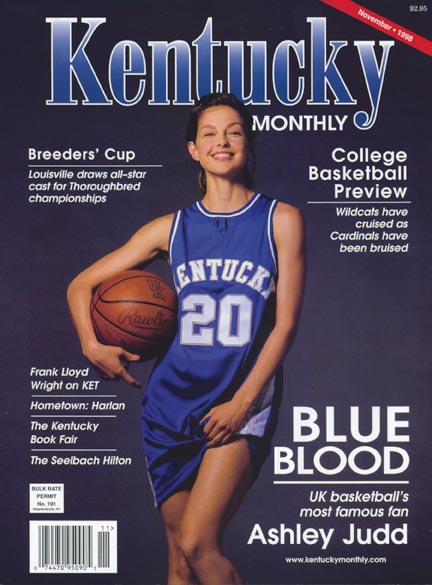 Ashley is quite the Renaissance women: motor-sports, college basketball, and a Harvard graduate degree! For real, not honorary!

Yesterday I played "catch" with a lacrosse stick for the first time in my life. It was suprisingly easy to catch and throw the ball, but moving around without dropping it...not so much. I knew it wasn't an easy sport, but now I have a new respect for what some of those guys are able to do while running through traffic. (Of course if I practiced for a couple months I could be an all-american)