Their top producer seems to be Nate Rohnert who averages 18 and 6 rebs.They have two other guys who average double figures. As a team they shoot .424 from long range and .513 from the field. They also take care of the ball, averaging 10.9 TOs/g and forcing 14. They do get outrebounded.

They seem to have good guard play like us, though I think ours can match that, so we will need good performances from one or two of our big guys. I hope this week was a wake-up call and they come back more like the team we saw in Anaheim.

I expect that when I listen to the radio broadcast to hear Coldsmoke making some serious noise.

I don't know if any girls will smile at you for wearing your Pilotnation shirt in this veunue though.

Yea, too bad it's in Portland.

oops. You should still go.

So, (for someone who didn't see or hear about it...) what went wrong in the Idaho game? Was it the defense again? Did we hit our free throws?

From the sounds of it, we just didnt show up. We were never in this game. Silly turnovers, porous defense, and lackluster offense. I dont think there is anyone one thing to point to.

I could understand losing to a decent team in a close match, but getting blown out by Idaho? Something is wrong.
(ok, maybe Idaho is "decent" but they aren't better than Minnesota or WV)

To me it sort of sounds like carry over from the bad habits that we started to develop in the PSU game. If we don't defend well and hit our free throws, we won't win a lot of games this year. Though we have a veteran team and an excellent backcourt, we do overachieve a little bit and don't overpower other teams with our athleticism. Guys have to understand that we need to bring our A game every night.

Both teams spent the first 10 minutes of the game really cold and really feeling each other out — Idaho opened with a 9-2 run, but it took to 14:34 to get the score there.

In the next 1:15, nothing happened but ugliness. Steffan Johnson clanked a trey, Smeulders missed a layup, rebound Barone, Stef was stripped by Niedermeyer but Campbell coughed it right back up and knocked it out of bounds to stop the fastbreak. Dead ball, Idaho subs in a bunch of reserves.

Out of the dead ball, at 10:41, backup point guard Marcus Lawrence is left wide open in the corner and cans a trey off the feed from Jeff Ledbetter. 12-6, Idaho.

On the other end, at 10:14, Ledbetter picks up a foul, non-shooting. Kyle Barone, our backup center, steals the inbounds pass from Niedermeyer, runs the floor and gets fouled by Niedermeyer to stop the easy layup. Shoot two, 10:09.

Ten seconds later, 9:59 1H, with the Pilots pushing the floor, Campbell stops and pops... and airballs a 3-point shot so ugly it was recorded as a turnover.

Vandals work the ball around, test the perimeter... Ledbetter gets to the top of the key and drills the contested stepback 3-pointer. Bang, it's 17-6 Idaho, 9:44 1H, 8 unanswered points.

It probably would have been a good time to take a timeout, because here's the next 2 minutes for the Pilots: four missed layups, two fouls and two turnovers.

Sikma finally managed to break the run with a dunk at 7:00, but Idaho responded with two unanswered easy buckets to make it a 12-2 run. You guys finally called timeout at that point, 21-8, 5:48.

Out of the timeout, the Pilots got a technical for 6 men on the court. Steffan Johnson made one of two TFTs to push the lead to 14 at 5:46... insult to injury, and the lead would never be less than 11 the rest of the way.

Oi. Yeah, maybe those bad habits from the PSU game carried over.

As a Denver fan, I can tell you that Saturday's game will be interesting.

When you see the Pioneers come out for warmups, you will notice that they don't look like a D-I basketball team. It's like the 1950s scene from 'Hoosiers'. A bunch of skinny, mostly white howdy-doody looking guys, the tallest of whom is maybe 6-9, but that's being very generous. Not overly athletic, but a scrappy bunch of 'gym rats' who have a 6-2 record with just one playing senior on the team.

Denver runs a complex, modified Princeton offense (coach Joe Scott is an ex Princeton captain and coach) that can be difficult to prepare for if you haven't seen many teams who run it. Lots of ball movement and patient shot selection, and smart defense.

We need this win. Even with our two losses our RPI is better than where we ended last season, but, we need the bleeding to stop. We need our senior leaders to start to show up, and we need Rev to really get after guys about defending the perimeter and hitting their free throws at clutch points in the game. Time to play with grit and heart again. (My pep talk post of the night.)

Hey guys, enjoy the game for me, I'm heading to the airport soon and I'll be nearing the end of my London -> Seattle flight during the game.

Hm, someone from Denver was a little better at free throw shooting than I thought.

Coldsmoke, close only counts in hand grenades and horseshoes. Your prediction was wrong, get over it.

already have the T-shirt. 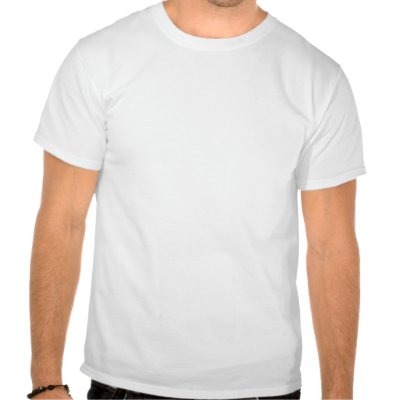 already have the T-shirt.