This may belong in the Santa thread but I am thinking of endless roads to nowhere. Houston traffic, Cadilacs with longhorns, cheap motels and the sprawling Texas A&M stadium filled with local fans with no dog in the fight. I dream of wearing my purple for a weekend being considered a Portlander.

Auto, I think I speak for many on this board who already consider you a Portlander. I believe it is merely semantics that you lie your head at night in SoCal.

I think Jerry learned one thing from this final. Good goalkeeping is an important aspect of the overall game.

I think UP learned it might be nice to have at least TWO experienced keepers.

wrv wrote:me too . ..actually the whole thing was pretty much a highlight. The end with Milbrett is a gesture to remember as well . . .Sinclair too . . .

I agree. Watching Clive hug his wife and Tiffany always moves me. Tiffany was a classmate of mine. If you want to dig back even further, check out the tournament action from when Milbrett was playing...November or December of '94, I believe. Hopefully, someone has that on tape...

The 2002 NCAA Champions will be inducted into the Oregon Sports Hall of Fame in September.....

I did not know until today that Imani Dorsey's mother, Dora Marie Menchaca, was onboard American Airlines Flight 77 that was flown into the Pentagon by Saudi terrorists on September 11, 2001.

Imani, was of course, a member of the 2002 National Championship team and as a senior in 2004 was the WCC Co-Female Scholar Athlete of the Year and one of 29 female athletes awarded postgraduate scholarships by the NCAA. 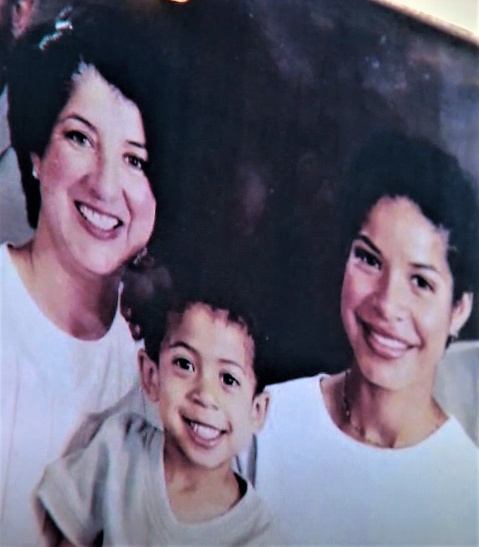 Dora with her young son, and daughter Imani