It's difficult to speculate on Austin Stone's future (or even his present) with the Pilots, but this article from the Rock Hill, SC Herald tells us a little about Austin's past.

(Hard to say why so many are unable to determine what conference UP plays in.)

DoubleDipper wrote:It's difficult to speculate on Austin Stone's future (or even his present) with the Pilots, but this article from the Rock Hill, SC Herald tells us a little about Austin's past.

(Hard to say why so many are unable to determine what conference UP plays in.)

Thanks for pulling up that article DD. I have noticed Austin is" fundamentally sound" like the article mentions,probably the best of our bigs in that area. He just doesn't have the length/height or skill set of the others. I for one hope he can contribute to this team,and  I wish him well.

Given that we have almost a full season under our belts with what Hoop Scoop online labeled the #10 recruiting class, is Hoop Scoop's rating of the class at all supportable? Has the Pilot class shown enough promise that you could argue without being disingenuous that perhaps Hoop Scoop was right?

Revolutions have taken place throughout the world where the ultimate result is the country is worse off, sometimes far worse, despite promises of change for the better. Here, Porter's approach to the program was akin in that he did bring not back some important parts of the team--Jazz and Taylor.  Not sure whether that was intentional but it appeared so. Despite the allure of starting the program over, anyone think that starting things anew, throwing the baby out with the bath water, was not wise?

I am not advocating for Porter's release at all--I am mildly optimistic for the program, but wonder if our competitiveness has improved with all the change? Let's hope we at least retain the roster that we brought in.

After the [Pepperdine] game, I asked Diabate about his impressions of his first season of NCAA basketball and found that getting used to the differences between Japanese basketball was the most difficult. From November until today, he participated in 29 games (of which he started in 21) playing a little under 20 minutes on average. It is great that he gained so much experience in his first year.

I also talked with Hugh Hogland (Hiyuu Watanabe). It was unfortunate that he wasn't able to represent the Japanese national team this past weekend (it seems the university did not give the OK). If he gets selected from the camp held in June/July, he will participate in the representative battle.

DoubleDipper wrote:With the help of StudentPilot's cell phone camera and Dean Murdoch's extensive knowledge of Canada hoops, we now know the "near Vancouver" man who's name starts with "F" with Kramer-like hair who is currently visiting UP....it's Fardaws Aimaq, a 6-10/245 power forward from Richmond, Canada. 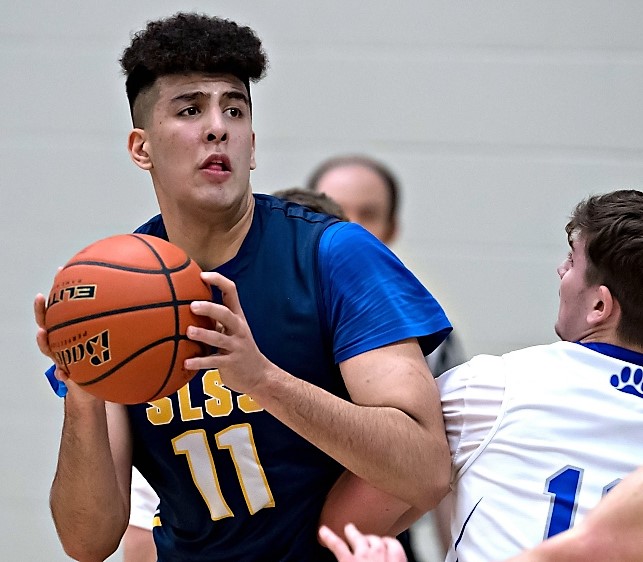 Probably a man who could use a redshirt year to develop, but certainly "under the radar" with only one known offer: USF, but with interest from Yale, which could indicate very good academic credentials.

An inch, taller and after almost a year at prep school, Aimaq has committed to Mercer University in Macon.

After visiting UP with Marcus Shaver a year ago, UP did NOT offer him a scholarship, but at one time he apparently had offers from USF, Pepperdine's previous staff,  and Yale.

wrv wrote:On a more earthly note: Gabe Taylor reported to be transferring to California Baptist where he will join Jason Todd to finish his career. He has decided to leave the institution afterall.

Taylor and Todd finished their careers in Division II, but Cal Baptist is moving up to D-1.  They'll play in the WAC with Seattle U. and Grand Canyon U.  https://www.midmajormadness.com/2018/4/6/17194098/cal-baptist-lancers-division-one-wac-2018-rick-croy

Perhaps a future WCC member when GU moves to the PAC-12.

If I read the announcement last year that Cal Baptist and North Alabama were going D1, I certainly don't remember it.

One additional West Coast D1 team can't hurt for scheduling options. If I'm reading it correctly, the two transitioning teams will be RPI counters next year if they follow D1 scheduling rules (no more than four games against non-D1 teams). They'll be RPI counters for sure in 2019-20, when they HAVE to follow D1 rules.

Imagine the possible headlines if World B. Free had played for Incarnate World...

The O's recruiting reporter takes a shot at the Hoop Scoop #10 ranking.
https://www.oregonlive.com/collegebasketball/2019/01/portland-pilots-embarrassing-2017-basketball-recruiting-class-announcement-looks-well-worse-now-commentary.html

To be honest, it’s a little hard to look back at these “the future’s so bright we gotta wear shades” posts from May of 2017.

The writer makes the argument that the school, and Porter, should not have touted a sketchy story.  I frequently see Pollyanna tweets from the athletic department where a team's results were "just a bit outside".  Sure, it is no fun to talk about poor results, but I think it's a bad look to paint every report with unicorns and rainbows.

up7587 wrote:...but I think it's a bad look to paint every report with unicorns and rainbows.

I agree, and am frequently irked by them... and you can tell there is a challenge to find new and different ways to describe losses.

PilotNut wrote:...and you can tell there is a challenge to find new and different ways to describe losses.

Hey, that's one of the toughest parts of the job for any PR person!

"Holds off" is always a classic (e.g. "Dons hold off Pilots..."). "Tops" is usually a safe one to use when it's a blowout (e.g. "Gonzaga tops Portland"). More fun is "Pepperdine escapes Chiles Center with victory" or something like that. And of course "get past"; "outlast"; "overcome"; "get by"; "hold on"; etc etc.

And I understand the point about not being "puppies and rainbows" in communication strategy, but there is a tough line to walk when coaches are advocating for coverage and particularly want positive posts that they can then send along to recruits and parents. At the end of the day, the job is to position the University (and the athletic department) in the best positive light.

I think probably the best way to deal with games that get totally out of control is to have a bit of a sense of humor about it... NBA teams tend to do this pretty well on social media during blowouts. But you can only do so much of that.

The story by Nemec in the O on HoopScoop Online is a sad postscript to the excitement raised among fans of the program. One wonders whether HoopScoop is honorable in its assessments.

It is clear that the Portland 2017 recruiting class is no where near the top 10.

As noted by others in here nearly two years ago, Hoop Scoop’s exaggerated rankings were a function of the Pilots having eight incoming recruits and the publication using a cumulative system as opposed to an average.

I don’t know why 20 months later the blame is being thrown at the Athletics department for an “embarrassing recruiting announcement” - if you want to rip Hoop Scoop, fine, but if an independent scouting service is heavily lauding the incoming class at my school then I’m probably going to run with it too....just like UTEP did:

Hey, a familiar name in there...

Because the administration trumpeted poop scoop. Hindsight is a difficult judge, but there were no voices expressing restraint notwithstanding the indefinsible assessment. While it may have been an addition of the individual recruits assessment, those assessments also were out of line. It appears that the coaches and the athletic Administration participated in over selling the product.

It would be interesting to know the communication which occurred between members of the coaching staff and poop scoop prior to publication. I am speculating, but it might prove that Nemec was correct.

The common element here seems to be Bob Cantu. First, in 2015, Hoop Scoop ranks UTEP’s recruiting class as #12 in the nation. I couldn't find any other source that ranks that year's UTEP class any higher than #38.

Then, in 2016, Hoop Scoop ranked Cantu as one of the “Top 30 Assistant Coaches at Schools that Don’t Participate in a High Major Conference.”
http://www.hoopscooponline.com/2016/03/

Then Cantu moves to Portland the next year, and that first recruiting class is #10 in the country, with no other ranking putting the Pilots even in the top 100.

When Cantu was hired at UP in 2016, the athletic department’s article announcing the hire is peppered with references to various Hoop Scoop rankings and honors for Cantu.
https://portlandpilots.com/news/2016/6/10/bob-cantu-named-mens-basketball-assistant-coach.aspx

There's gotta be some connection between Cantu and Hoop Scoop...