Horned Frogs pitchers matched the record 10 by one team in their 9-4 victory. Three TCU batters were also hit by pitches.

There were more batters hit by pitches than hits (12). There were also a combined 11 walks in the game that took 3 hours, 53 minutes to play.

The previous record of 12 combined hit batters had been done twice, by South Florida and UCF in 2008 and Nevada and New Mexico State in 1997.

"Well, I know you're a Baylor grad Tex, but dang, I say letum play; you and I can fight behind the stands after the game!" 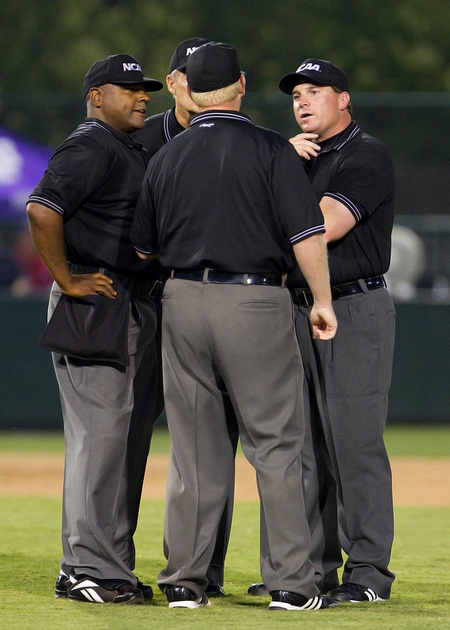