Who dat? And how is it he signed before the signing period actually began? He must be good to make such an exception. Well, actually, he has not signed, but according to Channel 9 news, intends to sign tomorrow, the first day high school athletes are allowed to sign.

The list compiled by Channel 9 is from those who have emailed, etc. their intentions to the station, and the article states "Here is list of students who will sign a letter of intent."

I'm sure pilotram is all over this!

The image of the Police Box is too obscure for me, unless it doubles as a Dr. Who telephone time travel booth, then I am with you--otherwise I am stumped.

wrv wrote:The image of the Police Box is too obscure for me, unless it doubles as a Dr. Who telephone time travel booth, then I am with you--otherwise I am stumped.

Will Dr. Who now double as a student athlete on the cross country team? Or is our future Pilot merely hitching a ride?

Dang, you guys are GOOD! I had no idea we’d ever talk about The Doctor on PN. Been a fan for years, although I’m late to the game by most standards; started watching during Season 13 with “Seeds of Doom” which started in February 1976 when I was living in England.

Of course I instantly fell in love with Sarah, shown here with the 4th Doctor. The Doctor often said his favorite planet was Earth, but I think his favorite girl was Sarah. 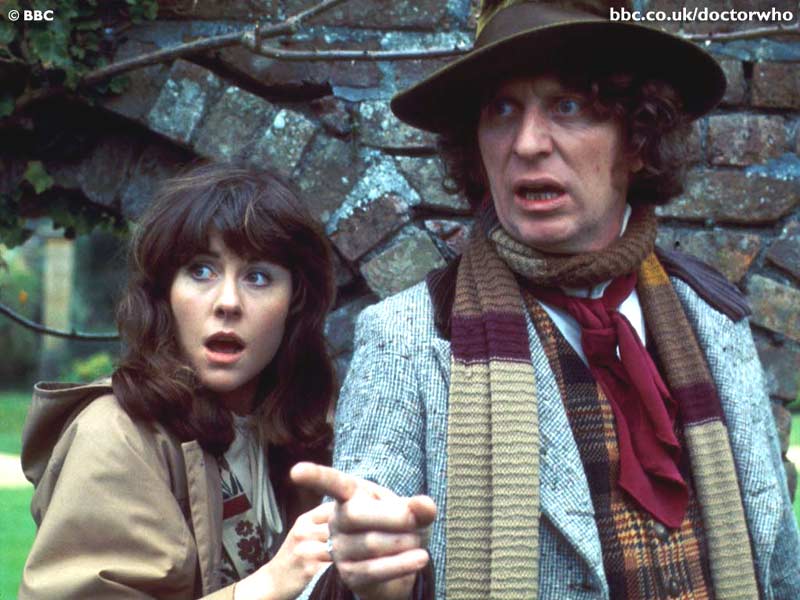 According to The Coloradoan.com Griffin Hay did indeed sign a LOI with the Pilots.

Hay joins a program at Portland that already has two (Fort Collins) Lambkins in it. Clif Campbell and Marci Witczak are members of the Pilots cross country teams.

"The program is great and there are two teammates out there already," Hay said. "I just realized Portland is the place I wanted to be."

Jesse Johnson has done well maintaining the Colorado connection. But I like to think these guys just saw the UP sticker in my back window, and realized that they too could one day drive a 1995 Subaru Legacy.

Reigning 4A Washington XC Champion Signs NLI to Join Pilots -- Jacob Smith has signed a NLI to run for the Pilots beginning in the fall (he seems to like Purple!!!)

From the UP Athletic Department five days ago:

PORTLAND, Ore. --- Coming off its second highest finish ever at the NCAA Championships in the fall, the Portland Pilots men’s cross country team added a new threat to its roster by adding Jacob Smith. Smith, the reigning 4A Washington Cross Country individual champion, will begin his Pilot career in September when the 2012 cross country seasons gets underway.

"Jacob is absolutely a blue chipper,” Portland head coach Rob Conner noted. “We feel he is a runner who can step in immediately and help us next fall.”

2011 was a big year for Smith, who hails from Wenatchee, Wash. In addition to clocking a time of 15:03 to win the state championships, Smith found himself nationally ranked in three track events, highlighted by a time of 8:29.55 in the 3000m indoor for a No. 3 ranking.

Conner added, “He is a tremendous talent and has been lightly trained in high school so he has a huge upside."

Jacob is not the first in his family to be recruited by Conner. While coaching at Mankato State in 1987, Conner recruited Jacob’s father, Mike, who subsequently earned All-American honors for the division 2 program.

Runner Hannah Munyan recently turned down UP. Based upon her quotes in the High Desert Daily Press, I think she made the correct decision:

One of the most important things I was looking for, I didn’t want to be the No. 1 girl on the team,” said Munyan, who was the Sultans’ top runner the last four seasons.

Munyan chose the Tigers over the University of Portland. She’s going to receive a full scholarship.

“I felt like it was the best place for me to grow, spiritually and athletically,” Munyan said.

Lipscomb is a liberal arts university with a Churches of Christ affiliation located in Nashville, Tenn. Munyan said that the girls cross country team holds a weekly bible study, which she plans to attend.

Hmmm, "didn't want to be number one."

I'm NOT a runner; is that how successful runners think?

The Tigers? Lipscomb are the Bison.

Lipscomb is a better program than UP?

Depends on whether the spiritual component of your program is properly affililated . . .