Nice article on Trevor Dunbar from The O: 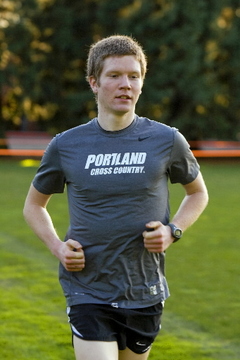 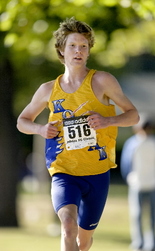 Assuming Trevor Dunbar can shake the aftereffects of a nasty case of strep throat, the University of Portland freshman will be among the favorites in the USA Junior Cross Country Championships on Saturday in Spokane.

"First place is the goal," UP coach Rob Conner said. "He was the fourth freshman at the NCAA cross country meet, and the three ahead of him weren't American citizens. So, we would like to think he is among the best."

Dunbar has been training to win -- or he was, until he was knocked flat by the strep bug.

Conner was concerned enough last weekend to bundle him off to the doctor, where Dunbar got a diagnosis and antibiotics.

When Dunbar sat down for an interview this week, he was feeling himself again.

Which, in his case, is golden.

Dunbar is a key part of the kind of ready-made recruiting class the Pilots seldom get. Conner has built a first-rate distance program over the years with projects -- runners with potential he develops into national-class competitors.

Dunbar and Osoro were a big part of the UP cross country team that placed 13th at the NCAA championships in November.

That bettered the school record of 8:05.61 set by Ryan Craig in 2003, but it doesn't go in the books because Dunbar wasn't wearing a UP uniform.

Truth is, the indoor season seldom is a priority for the Pilots, who more are geared to cross country and the 5,000 and 10,000 outdoors. Dunbar is redshirting indoors, and probably will redshirt outdoors as well.

That should leave him free to concentrate on a good performance Saturday and, possibly in the spring, becoming Alaska's first sub-four-minute miler.

First things, first. A top-six finish in the junior nationals (open to those 14 to 19 years old who won't turn 20 in 2010) will qualify Dunbar for the U.S. team that will compete in the World Junior Cross Country Championships in Bydgoszcz, Poland, in March.

"My goal is to win the race," Dunbar said of the USA juniors. "But if I don't and I still get in the top six, I won't be super happy, but I won't be disappointed. I've never made a team before."

He has never been to Europe, either. In fact, Dunbar has a wide-eyed exuberance that has made a big impression on Conner.

Before Dunbar's first cross country meet as a UP runner, Conner sorted through the Pilots' singlets to find one that fit.

Thanks, good read. Letsrun also has him as the favorite in this race.