Unofficially, Alfred Kipchumba broke the WCC Crystal Springs course record by 30+ seconds as the Portland men won the WCC chapionship for the 31st year in a row! As they say on the team... 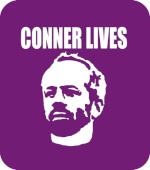 WOW!! That is incredible! Any idea how many points we ended up with?

We scored 34, LMU was second with like 52 or something and SF third. Sorry I can't tell for sure as the results aren't up yet. I got everything off of the audio feed put on by LMU, which is pretty funny to listen to (they "came thinking they had good a chance to win"). Girls unfortunately got third, but they weren't expect to win.

Results can be found here when they are posted for those who are interetesd
http://wccsports.cstv.com/ot/09-wcc-xc-tourney-central.html

Well, I'm going to go on my celebratory run! Nothing like winning our 31st championship in a row on the 31st!

Nice! See, nothing to worry about.

Figured we would run at least one of our top guys. I'm curious to see who else ran... wish those darn results would get posted. But I do think it shows that the WCC has improved enough to the point where we can't just send our whole 'B' team down there and expect to win. This is two years in a row now where our #1 guy ran at the WCC's. But I suppose that's a good thing... would be cool if some WCC teams became competitive at the regional level.

I'm bummed I missed the LMU audio... that guy has been doing it for a few years now and is really entertaining. I guess I kind of forgot the race was so early this morning. Oh well.

And yeah, too bad about the girls but they were super young and ravaged by injuries... I think with a healthy roster they would have taken care of business no problem.

'Chumba Rules Everything Around Me, CREAM!

Unofficial record...So Coldsmoke still holds the record in my book...until the results are posted of course.

I never went.....got beat out for the last spot twice!

coldsmoke - what year did you graduate?

Results are up at portlandpilots.com.

I don't recognize most of the names, does that mean we rested our regular 2-5 runners? Looks like we could have won without Alfred, but it would have been close. And it's always nice to send a message.

Also, looking at the complete results it looks as though the conference is very young. 7 of the top ten finishers were freshman or shophomores, with only one senior. Doing a quick scan, it looks as though there were less than ten senior finishers and that there were probably more freshman than any other class. Who knows, we might have to start sending more of our top guys eventually to protect the winning streak.

BELMONT, Calif. --- Portland sophomore All-America Alfred Kipchumba set a course record and led the Pilots to their 31st consecutive West Coast Conference Men’s Cross Country championship on Saturday at Crystal Springs Course. The streak of 31 titles is the longest in the WCC for any sport.

Kipchumba finished with a time of 24:20 at the 8K course, 36 seconds ahead of the second place finisher. He beat the previous WCC 8K record of 24:53, set by former Pilot standout Joe Driscoll in 1999.

Head coach Rob Conner was named the WCC Coach of the Year for the sixth time. He ran four freshmen, two sophomores and a junior. All seven runners finished among the top 25 out of 55 total harriers.

Portland will next prepare for the NCAA West Regional which is scheduled for Saturday, Nov. 14 at the Springfield Country Club in Springfield, Ore.

Thanks PilotNut, I would have done that but I don't know how.

mattywizz wrote: Who knows, we might have to start sending more of our top guys eventually to protect the winning streak.

It's just a matter of time before that happens. There have been close calls before. To be honest, sending a b squad to the conference is a quite a luxury for a highly rated program to have. Even if we have to send the top guys year in and year out, we'll be ok.