I start this thread to get a better understanding of Janelle's improvement this season and her possible impact in the playoffs.

First off, Janelle did not play very much last year in her freshman season. When she did play, I think most would agree that she wasn't quite ready for prime time, especially on such an elite team as the Pilots.

Last spring I think we talked about Janelle playing quite a bit in the exhibition matches, and I can attest to her playing hard and often in team training sessions. Garrett seemed to be pushing her to improve, like he really believed she had it in her.

This season, I did not attend any August training sessions, and I've only seen the first two games of the season, Oregon and UCLA. I'm sure Janelle played mop up minutes in the Oregon match, and probably did not play in the UCLA match.

Lately, as we have now played a full 10 games, Janelle has been playing much more and seems to be holding her own, according to game recaps and reviews of matches on this forum.

To those of you who have seen most, if not all, of the Pilots home games, can you explain to me and other readers on this board how much Janelle has improved since last spring, if she is indeed having an impact, and what are the chances of her seriously contributing to the Pilots during the playoffs?

If appropriate, I would like to see this thread updated throughout the end of the regular season, if Janelle continues to improve and have an impact.

Well, I think with Rapinoe out for the season and Chandhoke injured Jacka has had to step up a bit. And it seems as though her time at UP has definitely improved her game. And since she's a natural forward, she definitely has a role since really only she and Foxhoven are the only true forwards on the roster that are 1) healthy and 2) will be on the team in November.

That being said, I would expect to see a healthy Kendra playing a larger role than Jacka as the season progresses. But if Kendra remains on the sideline, we could continue to see more of Jacka out there.

Janelle seems to me to still play with some hesitancy. She does not play as aggressive as most of her teammates. That being said, she has improved considerably over last season and if she continues to improve she should be a valuable asset for the team.

Just a fact to muddy the waters: This is Janelle's 3rd season; she is a junior, same class as Michelle E, Kendra, and, originally, Megan S (high school teammate).

She has always had the tools... aka Speed (placed in state for Bellarmine Prep's state winning women's track team GO LIONS!!), I think its more getting aquainted with the system and getting a chance to play. She finally got the opportunity to prove herself and made the most of it. It's one of the pitfalls of having such a deep talented roster, not enough minutes for everyone and unfortunately someone is going to see PT suffer because of it. I'm glad she finally got a chance to show why she was recruited!

UPWomenSoccerRookie wrote:
Just a fact to muddy the waters: This is Janelle's 3rd season; she is a junior, same class as Michelle E, Kendra, and, originally, Megan S (high school teammate).

I'll add a couple of thoughts.

First, Janelle had a couple of goals last year, with very limited playing time. One positive thing I noted was that she was good at being in the right position at the right time. Both of her goals were a direct result of her covering the far post on crosses.

Second, I agree that Janelle is a little hesitant, physically. On occasion, she shies away from hard physical contact. But, I think she is getting more confidence and being willing to take more physical chances.

Third, she has worked very, very hard. I know that she worked very hard after her freshman season and was hoping to play more last year. She continued to work hard, and now it is paying off.

Fourth, the position at which she feels most comfortable and that she feels is her natural position is left mid. She played a lot of left mid against Kennesaw State and had a great game.

And left mid is a position that opens up after departure of the three amigas because either Elli of Michelle E is likely to play there until then.

So Janelle has a chance for some playing time come the playoffs, especially if Kendra is still hurt. 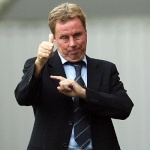 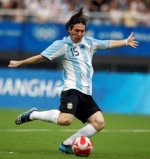 I like to root for Janelle and was pleased that she scored some goals in spring soccer -- by being in the right place as UPSF notes above. She has a willowy physique (the same build that made some wonder if Ellie Reed could play on the back line) that makes her look almost fragile, but her play this year shows greater toughness. Her passing has been accurate this season and she has been able to advance the attack up the side. Good for her. Everyone has tbe ready to go come playoff time and I thinkshe will be there with positive impact when called on. I wish her the best.

Wonder what she thinks of the experience of choosing a school where she has ended up playing little vs choosing a school where she would have been a starter. It's not just about playing time, of course -- education and degree and all that -- but I imagine it's hard for some of these competitive, skilled players to not be the best at their position as they were in H.S. 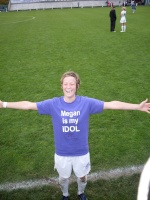